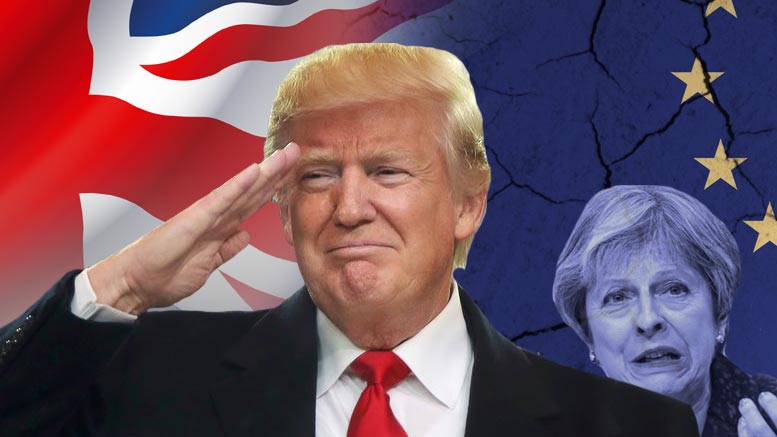 – Political Correctness must be done away with

– The Islamist Mayor of London, Sadiq Khan, is a shocking failure and a disgrace

Everyone knows that the BNP has been saying it for years, but now it’s the turn of the President of the United States.

On his recent official visit to Britain, President Trump terrified the rotten old political Establishment by dropping the very same ‘truth bombs’ that the BNP has been doing for years.

The Establishment has done all it can to silence the voice of the people by way of slandering, persecuting and lying about the BNP, but it’s not so easy to do the same to a man who is in the most powerful political office in the world.

The BNP is, and has always been, decades ahead of any other political party and commentator in Britain, and now the political class and their media institutions are having to come to terms with the fact that BNP sentiment and policy now has support in the White House.

The international political climate is in a huge and monumental state of change and it’s following the path of the BNP, and it’s desperately overdue because ONLY by implementing BNP policy can we hope to make Britain Great Again!

Now the BNP must seize this very moment to step up the pressure on the political class by empowering and emboldening the British people.

It’s our time to shine, but I need your unswerving support and commitment to our noble Cause to make it happen.