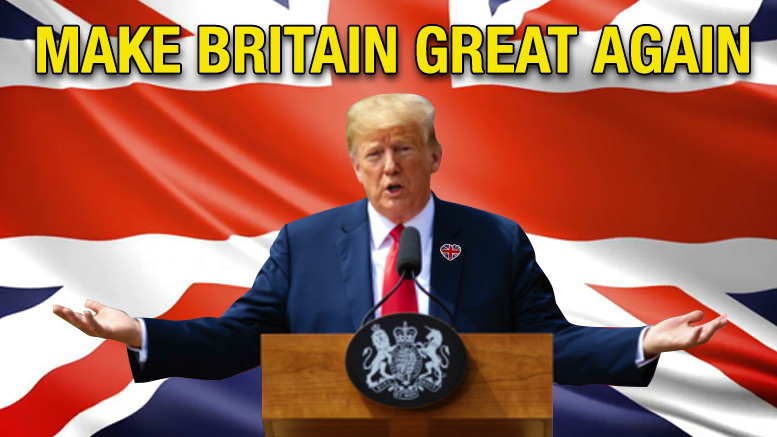 President Trump has landed in Britain, bringing with him sentiments and views which read like a BNP manifesto.

According to President Trump:

The BNP has been saying the same for years, but while the despised career politicians and their media mouthpieces can slander, persecute and lie about the BNP, it’s not so easy to do the same to the man in the most powerful political office in the world.

The political climate, here and abroad, is shifting massively and it’s following the path of the BNP.

The BNP has a lengthy track record of being way ahead of any other political party and commentators on the grave issues facing our country and people, but across the continent, nations including Hungary, Poland, Czech Republic, Austria and Italy have elected patriotic politicians who are actively and putting into practise policies to protect their people and call out the globalist paymasters.

Here in Britain, we’ve a long way to go. But an ally in the White House is a very welcome thing indeed.

President Trump is delivering on his pledge to Make America Great Again.

ONLY by implementing BNP policy can we hope to Make Britain Great Again.

That’s why we need your commitment – because together we’re stronger. Join the BNP today!