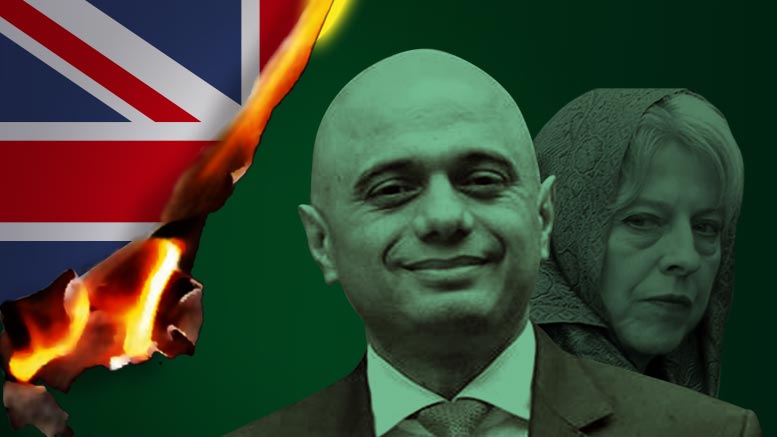 The Tories have imposed a Muslim Home Secretary to rule over the British people.

Having been handed the second most powerful political office in the country, Pakistani Muslim Sajid Javid, is now in charge of both immigration and national policing.

It means that a Pakistani Muslim immigrant is now ruling over the British people and controlling Britain’s borders. He has the final say on who can enter the country and who is barred entry.

Having spoken of his resentment for OUR country for apparently causing him to live in “fear” of being deported back to his native Pakistan as an illegal, Javid is about to throw Britain’s floodgates open to Third World hordes and give all illegals ‘asylum’!

Javid is also in charge of the country’s entire police force!

It’s a betrayal of the British people of previously inconceivable proportions!

Javid is also being lined up and groomed to be the first Muslim Prime Minister of Britain.

This is the greatest threat to the survival of our nation that the British people have ever been forced to face.

We MUST fight back!

Think about the horrors OUR Britain will face with a Muslim PM!

Allow us to keep fighting for you, and stop the Tories destroying our nation.