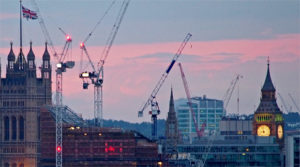 More police on the streets. Soldiers backing them up to protect our communities instead of getting killed and maimed in a wars in Afghanistan and Iraq that have nothing to do with Britain. Tough sentences in tough prisons.

“That’s how to restore order and keep the peace in the short term, but the breakdown of decency with our inner cities can only be put right for good with longer-term measures too.

There’s a real problem with lack of jobs and lack of hope.

Why are London’s traffic wardens nearly all Africans?

Why are council desks full of new immigrants who barely speak English?

Why are the politicians so surprised when people behave badly and get jealous when they’ve given away all their jobs?”

This is British National Party’s common sense message as the political elite squabble over whom to blame and what to do next.

Single parent families and gangsta rap are getting blamed for the riots in 2011 which resulted in mass looting of shops in several of our major cities, and there’s no doubt that absent fathers and the deliberate subversion of decency and Christian culture for profit by the big music companies have played a role.

But the real roots of the problem are the failed policies of Labour and Tory governments over the last fifty years.

Look at what their criminal stupidity has and how the British National Party would make Britain better. 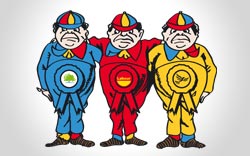 Destroying our manufacturing base by letting their big business friends close down factories in Britain and shift production abroad.

Allowing waves of cheap labour to flood in from Eastern Europe and the Third World, so that children and grandchildren of the earlier immigrants, just like the indigenous working class, can’t find jobs.

Letting in hundreds of thousands of bogus asylum-seekers who get housed while English and West Indian families who’ve paid into the system for decades get shoved to the back of the queue. 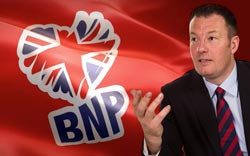 Hope for the future

Get out of the EU so that we can run our schools, police our streets and punish criminals without being hamstrung by ‘Yuman Rites’.

Criminals should live in fear, not decent people.

Restore grammar schools, so that kids from poor working class backgrounds have the chance of a firstclass academic education that only money can buy at present.

Bring back real National Service, with all youngsters doing two years in the army or a civilian labour corps.

The ones who complete it should get 100% student grants or properly paid apprenticeships.

Stop wasting £Billions bailing out the Euro and greedy bankers.

We need real jobs that bring back individual, family and community self-reliance and pride.

Train our own people to do the jobs we need instead of looting the Third World for medical staff.

Use the education system and National Service to instil loyalty to a common, positive, national identity.

This is our Britain – love it or leave it!