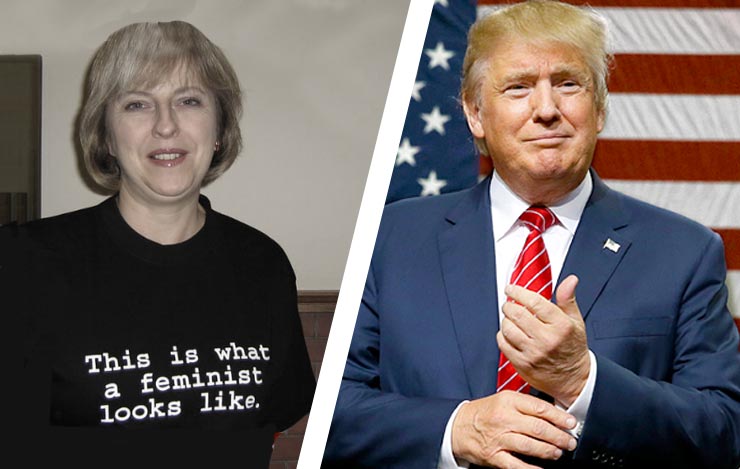 President Trump has done more in a week for the working people of America and the World than Prime Minister Theresa May has done in her entire political career.

May is part of the wealthy political class which Trump lambasted in his inauguration speech.

Seven months ago she said she would create “a country that works for everyone.” Nothing happened.

Trump makes a speech and the next day he’s signing executive orders and fulfilling his promises to the American people by kick-starting large contracts and providing thousands of welders, steel and construction workers jobs.

This meeting will be defining for all future relationships between the two… an encounter between an uncompromising, highly successful businessman who does what he says and gets things done, versus a dithering vicar’s daughter who has repeatedly shown her alarming naivety on the issues of Islam, Immigration and the Middle East.

May is weak and impotent, not least because of her own affiliations and allegiances, but also because the Establishment politicians in Britain are in the pocket of the globalists.

With Trump in office, there’s a possibility that the so-called ‘special relationship’ between our nations might serve to encourage the government in Britain to take the ‘hard’, clean Brexit approach – something the BNP has campaigned for 35 years to bring about, and which the British public voted for.

So far Donald Trump has proven to be a man of his word, already making good on many of his pre-election promises to the American people.

Here’s hoping we’re wrong, but Theresa May appears to be messing up her term as Prime Minister in the same way she’s making a dog’s dinner of Brexit.