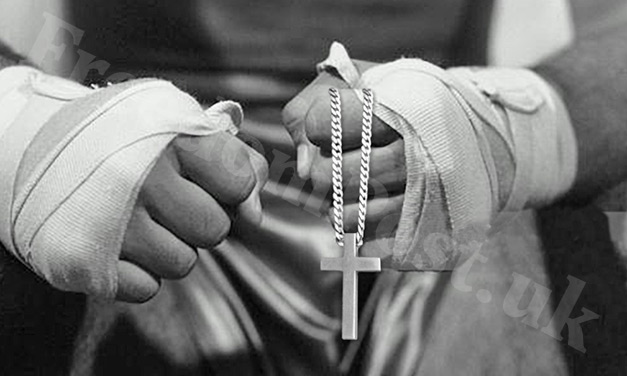 Christianity is experiencing a slow but sure rise in popularity in Britain.

According to the Daily Mail:

“A rise in patriotism and Christian pride has accounted for a rise in the number of Anglican churchgoers, a new report has found.

“The proportion of people who identify themselves as Church of England worshippers has seen a small rise from 16.3 percent in 2009 to 17.1 percent in 2015.

“And the report found the number of those who identify as non-religious has decreased in the same period.”

Laughably, the article cites ‘academics’ as attributing the low point to the publication of a single book by godless intellectual Richard Dawkins ‘The God Delusion’ in 2006.

Those of us who have been living in the real world for the past 30 years are well aware of the real reason.

For decades an unholy cabal comprising the Political Correct elite and ‘trendy progressives’ have been openly, aggressively and actively hostile toward Christianity, chipping away at every element of the Christian faith and its culture.

Their nefarious and destructive agenda has been pushed through every institution from school curriculums and popular entertainment to local council rulings and the banning of Christmas celebrations.

Successive liberal Archbishops of Canterbury have also done untold damage to the Anglican church by way of their total capitulation and subservience to Political Correctness.

The attacks on the Christian faith and culture is as plain as day.

“As an atheist, even I’m sick of these attacks on Christianity,” stated one reader in the comments section of a recent Breitbart article reporting more bullying of Christians.

But pendulums have a habit of swinging the other way.

With the horrors of Islamisation becoming ever more apparent in Britain and across the continent, along with the incessant assault on our people and nation from relentless mass Immigration, ‘red pilled’ Brits are waking up to the fact that Christianity is an increasingly necessary fount of our cultural identity and a force for good.

Even Prime Minister Theresa May, whose publicity team have proved themselves second to none, have recognised the purchase of cultural Christianity on the people of Britain.

In an emotional interview with LBC where she candidly spoke of her inability to have children – a direct and brilliant response to articles that appeared in MSM outlets highlighting the childless leaders of Europe – Mrs May stated that it was her Christian faith that pulled her through the ordeal.

Christianity is a latent force in Britain and it’s beginning to surface again.

The baby boomers threw out every element of cultural identity and pride in favour of nihilism, ethnocide and the cult of ‘white guilt’.

They handed down to successive generations little to identify with, so the latter looked towards picking back up everything their predecessors had thrown out.

The Christianity that our younger generations are beginning to relate to is that of Cultural Christianity.

Both our Union and English flags bear the red cross of the Crusaders who, after hundreds of years of savage and unprovoked relentless attacks against and incursions into European nations by Muslim armies, rallied under the banner of the cross to defend themselves and fight back. 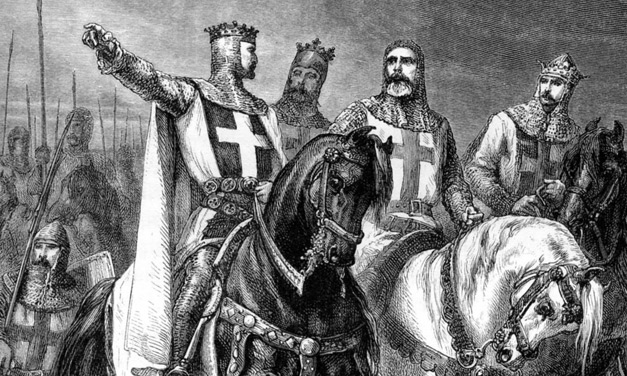 Cultural Christianity is what we need.

It’s a fundamental part of the fabric of our Western society which is why it’s come under such merciless attack from the political left and the treacherous political class.

It’s also our answer to the onslaught of Islam on Europe.

Islam is much more than a religion, it’s a political and social doctrine which attempts to dictate to its adherents how to they must act in all areas of everyday life.

The Christianity in the West, by contrast, provides us with the basic tenets and rules with which we can live in a civilised, productive and homogenous society.

It’s proved itself to be a philosophy – never mind a religion – which is able to reflect on itself and adapt accordingly to contemporary trends of thought.

Something Islam is intrinsically unable to do.

Christianity has aided us greatly in building the modern world, making the most profound discoveries and conceiving the greatest inventions and innovations of mankind which, of course, the rest of the world benefit.

Our Christian culture is secular, we live by the code without being subject to the dogma of the church interfering in our political system or social structure… and yes, you can thank Henry VIII for that.

The BNP is a bearer of the beacon that is Cultural Christianity.

Whether you identify as a pagan, an atheist or any other religion, Cultural Christianity is something we must all fight to defend.