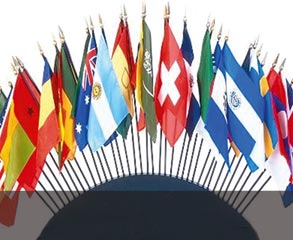 Not surprisingly, it has been stated by MP David Davis that immigration levels will still rise and fall even after Britain has left the European Union.

Speaking on Question Time recently the Brexit Secretary tried to quell fears about a shortage of migrant workers for British industry amongst fears that Brexit could prompt difficulties for those dependent on foreigners.

Ignoring the immigration time bomb which has resulted in a severe shortage of houses, overcrowding in schools, and the NHS unable to cope, the Brexit Secretary reiterated the Tory pledge to reduce net migration to the tens of thousands as part of a “sustainable” policy.

Mr Davis said: “The first issue here is to bring this back under the control of the UK Government, the UK Parliament.

He added that Home Secretary Amber Rudd would be tasked with migration management but said: “I cannot imagine that the policy will be anything other than that which is in the national interest.

“That is how it will no doubt work, and that will be in everybody’s interests – the migrants and the citizens of the UK.”

Asked whether that would mean an increase in current migration levels, he said: “What it will be is whatever the Government judges to be sustainable.”

When the Question Time host David Dimbleby asked Mr Davis to confirm whether the Government still hoped to bring net migration down to under 100,000, he said: “I think we will get there, but the simple truth is that we have to manage this properly.

“You have got industries dependent on migrants, you have got social welfare, the NHS, you have to make sure they can do the work.”

The NHS and other sectors should not have to rely on migrants to fill posts. We have enough bright and perfectly able young people in Britain, who are more than capable of filling these roles with the correct training and support. This is one of the reasons we would scrap tuition fees. If migrant workers, particularly in the NHS cared enough about their own people and economies, they would be there helping to make things better, not here in Britain. Also, it is totally wrong for the British government to poach these people when they are clearly needed elsewhere”.

In response, the SNP’s Alex Salmond said: “Nurse registrations from Europe have dropped 75% since Brexit. In a full year that will mean there will be 7,000 less qualified nurses from elsewhere in the EU working in our NHS”

With taking control of British borders a key reason behind many people’s decision to vote to leave the EU, the Prime Minister made sure that curbing immigration was central to the 12-point Brexit plan she delivered in January.

Mrs May said the UK is prepared to leave the single market in order to regain control over the immigration of EU workers.

We live on an island. Controlling migration/immigration should be easy. Unfortunately, consecutive governments have failed to get a grip on who is pouring into our country or where they are from. This has led to various communities being formed and an increase in crime and a drain on resources.

Time will tell if this government can get the problem of immigration under control, but given the false promises and past track record of previous governments, we certainly will not be holding our breath.

Only BNP policies implemented by a government with a backbone will save our homeland from destruction and save us from the immigration time bomb.