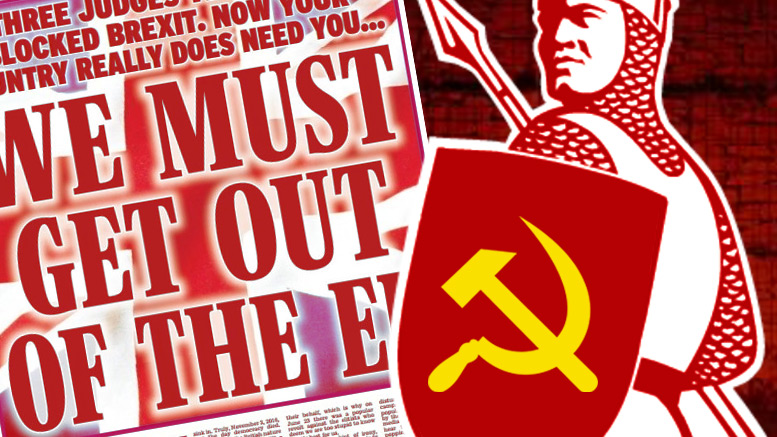 Rightwing media outlet the Daily Express is the latest free speech publication to fall into far-Leftist hands after it was bought out by the Trinity Mirror group.

Last month, Daily Express owner Richard Desmond sold the publication along with the Daily Star and its publications including OK! magazine to far-Left Trinity Mirror group.

Trinity Mirror is the force behind Leftist mainstream media (MSM) publication The Mirror and a string of regional newspapers including the Manchester Evening Times and the Birmingham Post.

So, there we have it.

But wait… since when have Leftists had the integrity or restraint to keep their Social Justice agenda from infecting everything they do?

Consider too that the political Left’s pathological propensity to lie brought about its notorious double-speak – a policy of describing everything it does in opposite terms.

‘Social Justice’ is injustice, ‘Political Correctness’ incorrectness, ‘Anti-Racism’ is a racism and the list goes on.

The Trinity Mirror acquisition will now play out in either of two ways with the end result being the same:

• Trinity Mirror attempts to play both sides of the political divide with The Mirror continuing its far-Left reporting and having the Daily Express masquerade as a Rightwing publication while lacing it with Social Justice undertones.

• The inability by Leftists to be subtle will result in the Daily Express descending into a rabid fest of Social Justice reporting.

Either way, Britain loses one of its last remaining Rightwing newspapers.

The acquisition was accompanied by a menacing tweet from communist Labour Party leader, Jeremy Corbyn, in which he warned: “a change is coming.”

His was a reaction to revelations by Rightwing MSM of Corbyn’s collusion with Soviet spies.

In his video message, Corbyn inferred that under a Labour Party government, a Chinese-style mass media censorship banning foreign-owned press from operating in Britain would be implemented. 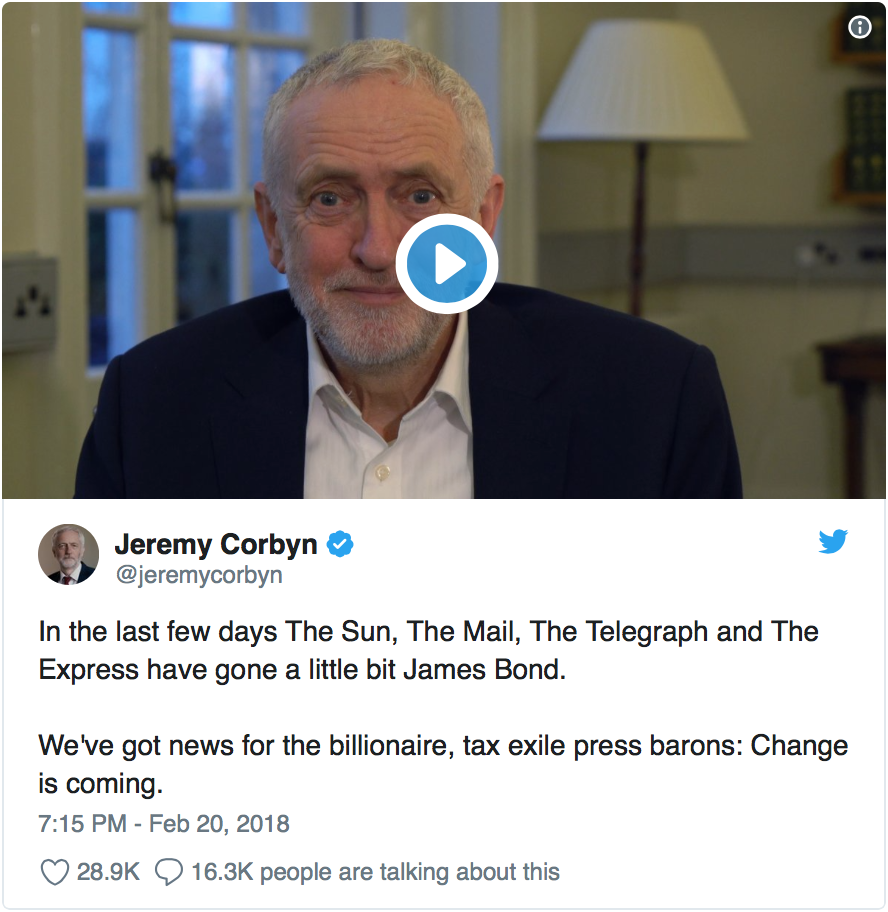 Publications targeted by Corbyn would include The Sun, Daily Mail, The Telegraph, Breitbart (online only) and others which all happen to report on the side of the political Right.

With one of the last remaining British-owned Rightwing newspapers falling into the hands of the far-Left, totalitarian control over the press would be assured.

The Trinity Mirror takeover has not gone through entirely without objection.

Last week, Breitbart reported that the aspirations of Trinity Mirror to monopolise the MSM in Britain was being investigated by the Competition and Markets Authority (CMA).

It’s a last ditch attempt to fight back against the monopolisation of the MSM by the political Left.

These latest concerted efforts by Leftist organisations and Jeremy Corbyn should not come surprise anyone, history has warned us.

Every single totalitarian regime in history has shut down all political descent and free press – it’s what they do!

The takeover further highlights the vital role alternative news media and independent reporters have in defending free speech and our hard-earned freedoms from those who intend to snatch them from us by force.