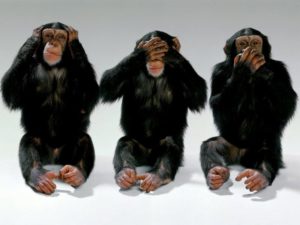 He struggled to respond to recent polls which suggest that the 48% Remain vote has been cut to a paltry 22%.

The LibDems under Tim (Remoaner) Farron have largely become a single issue party focusing on the Remain vote and overturning Brexit.

During an interview recently, Sir Vince was quizzed on whether the LibDem Brexit strategy had horribly backfired on them.

He rejected this poll, despite diabolical local election results earlier this month.

“You have not had that much of boost in your vote share despite focusing on 48% of the country.

“You have hovered between 9% and 11% of the vote; analysis suggests it is no longer 48% versus 52% as in the referendum result.

“It is now 45% Hard Leavers that support Theresa May’s approach; 23% Re-Leavers, (people who voted Remain but want to get on with Brexit).

“And only 22% Hard Remainers. That is a very small pond to fish in.

“You are fighting this election on a single-issue – to overturn Brexit.

“But you are only talking to 22% of the electorate. It has backfired, hasn’t it?”

The former government minister struggled to counter this analysis.

“No, no, we are talking to 55%. The majority do not want this extreme UKIP-style Brexit.

We are offering opposition in Parliament. It’s quite possible we could crash out. So the public should have the option to revisit this.”

However, Lord Ashdown told Radio 4 recently that Brexit has not been coming up on the doorstep in a terrifying sign that the party’s hopes of capitalising on pro-Remain sentiment may have been a “catastrophic mistake”.

He went on to say:

“I have been campaigning now for what, a couple of weeks I suppose, and I must have knocked on the best part of a thousand doors, but I think Brexit has been mentioned to me twice. Most people understand it is now going to happen.”

Later in the interview, Sir Vince told Pienaar he’s not sure whether the Labour Party will survive after this election and predicted a left-wing “blood-letting”.

The Lib Dem heavyweight who is seeking a return to Parliament said there would be serious conversations about creating a viable centre-left alternative to the Conservatives.

He went on to say:

“It’s clear that Jeremy Corbyn is not going to win, he’s going to be trounced, the Labour Party’s future is in great doubt and we have hung in there.

“There will be serious conversations about where British politics goes and how you create an alternative to the Conservatives which is centrist, centre left, pro-business, practical offering an alternative to what is potentially a very damaging form of Conservatism.”

“It’s hardly surprising people do not trust the LibDems.

“They lied about tuition fees, jumped into bed with the Conservatives and their current leader wants to allow a further 50,000 Syrian refugees into our homeland.

“Our infrastructure can’t cope with this and people are struggling to make ends meet as it is.

“Like most of the political elite who ride the three main party gravy train, he is so out of touch with reality it is breathtaking”.

Of course, an alternative to the others is already in existence and has been since 1982.

The British National Party has remained steadfast in our campaign to secure a safe and secure homeland for our people.

Isn’t it time you stood up for your country and joined us too?