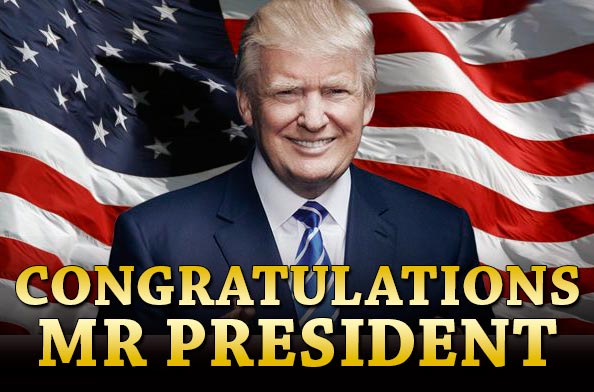 Yesterday was the day the West changed for good – the second time this year that the people delivered another revolutionary seismic blow to the rotten and corrupt political Establishment.

Ordinary decent people – in their tens of millions – sent a clear message; the political class is despised, multi-national corporation meddling is abhorred, the mainstream media is not to be trusted, the polling industry is bankrupt, and celebrity endorsement has lost its purchase on any meaningful influence.

With President Trump in the White House, we can look forward to positive relations with Russia, a genuine and formidable international coalition to destroy ISIS, mutually beneficial trade deals between the US and UK, and an honest and fair superpower that we can once look up to as an example for free nations to aspire.

That’s what a leader, proud of his national and his people can bring to the world stage.

Congratulations President Trump and to the tens of millions of US patriots who voted to make America great again – and won.