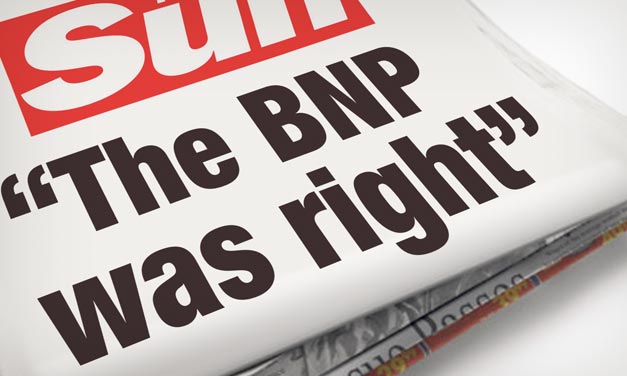 29 racist members of a Huddersfield Muslim Rape Gang have appeared in court on 170 charges of the torture and mass rape of white children.

Yesterday, BBC bosses announced a ‘total blackout’ on the race war waged against white people by “men of Pakistani heritage.”

You will also remember that it was the BBC which tried to lock up two BNP spokesmen back in 2006 for speaking out about the mass rape of white children by gangs of Muslim men.

These latest charges are the first to include two Muslim women.

That the Muslim community supports the attacks on our children is further supported by the fact that no Muslim spokesmen have come out to condemn these sickening acts.

Muslim Rape Gangs operate in every town and city in the Britain with a large Muslim population.

Just last January, members of the Muslim Rape Gangs of Rotherham were charged with 23 counts of raping and torturing young white girls.

When sentenced, they shouted “Allahu Akbar” at the judge and jury, proving beyond doubt that these atrocities are committed by them in the name of Islam. 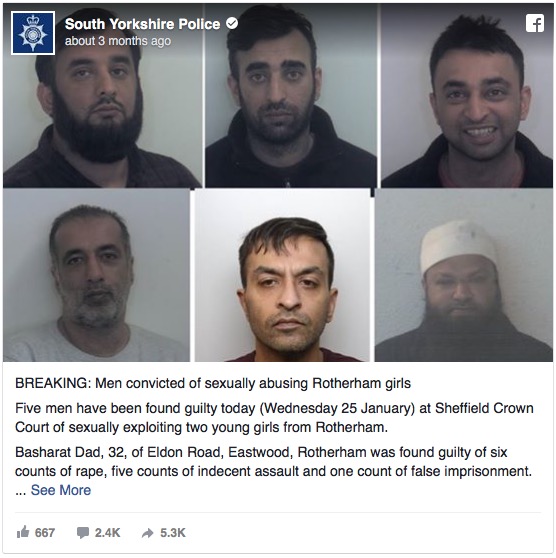 Last December, five Muslim men from another gang which regarded itself as ‘untouchable’ were convicted of similar crimes in Warwick.

Without the British National Party, the victims of Muslim Rape Gangs would still be suffering in silence and the traitorous authorities would still be protecting them and permitting and facilitating the torture and mass rape of our children.

Courageous BNP activists have been persecuted and hounded by the police, the BBC and the mainstream media (MSM) and the corrupt authorities, but we’ve forced them to take action.

We’ve seen the vile and cowardly politicians, police and reporters are more than prepared to hand our children over to these monsters for the Muslim vote and to avoid being called ‘racist’.

It’s up to the BNP to continue fighting to defend our children – but we can only do that with your help!

If for any reason you cannot join a political party, do your bit by making a donation to help us fight on and Protect Children.