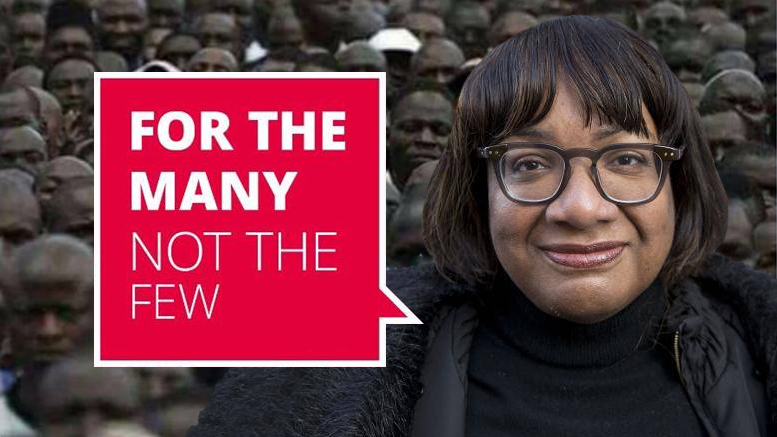 Labour have announced that they will scrap any preventative measures to hold back the hordes of Third World migrants clamouring to invade the British Isles.

During a speech by ‘Britain’s most racist woman’, Shadow Home Secretary Diane Abbott announced plans to permit ‘child’ migrants to ship over their entire families to “end family break-up through the immigration system.”

Labour’s sudden interest in keeping families together is an interesting one.

The Labour Party is the biggest advocate of the government welfare state which rewards the breakup of families by actively sponsoring single-motherhood and rendering fathers redundant.

Ignoring the fact that such legislation will provide another “dangerous incentive” for Third World economic migrants to abandon their countries, undertake the hazardous journey to reap the benefits of Soft-Touch Britain, Abbott went further by announcing Labour plans to scrap any such cap on numbers.

According to a leaked draft of proposals, Labour also intends to scrap existing government policy preventing low-waged Muslims from importing wives from Pakistan and the Indian sub-continent and immediately claiming living ‘benefits’ from the British taxpayer.

The proposals also include plans to open the floodgates to “low-skilled, unskilled and seasonal” workers, categories of migrants which Migration Watch UK identifies as putting vast pressure on housing, healthcare, education and the criminal justice system while paying virtually no tax.

Moreover, while claiming to act in the best interests of our NHS, Labour have chosen to ignore the massive drain on it made much worse by the Muslim cousin-cousin marriages which produce offspring with severe health problems.

International law states that asylum seekers must seek refuge in the next safest country.

Britain owes these people nothing.

Britain is full! It’s time for a moratorium on immigration.

No more until we can sort out the politicians’ Immigration shambles; deport those who are here illegally and look at ways in which we can try to integrate the millions that are already here.