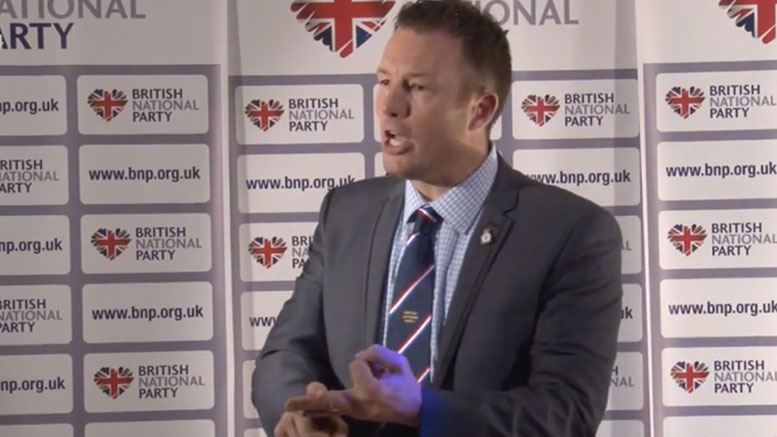 The BNP is more relevant today than at any time in our 36 year history.

The hottest topics in politics this year have been those forced into the debate by the BNP.

On average, the political class and their media take ten years to catch up to the BNP and discuss the topics which the people want discussed.

In notable cases, when the BNP really turns up the pressure, much less.

Leaving aside the huge issues of Immigration and Islamisation which the BNP single-handedly forced into the mainstream debate, other BNP issues are now being hotly debated.

Along with sky-rocketing levels of violent crime taking place in London, this year marks the passing of ten years since the BNP anti-knife crime campaign gained traction and publicity in the capital.

In the mid-2000s, the late BNP Super Activist, Marlene Guest, was providing life support for the victims of Muslim Rape Gangs and  compiling a vast archive of damning evidence.

Ten years later, this constituted the bulk of the source material for the infamous Jay Report which blew the horrifying case open for World condemnation.

Less than ten years ago, the BNP first published reports on the plight of South African farmers.

Now with just months to go before the Article 50 transitional period for Britain’s leaving the EU expires, we recall that the BNP was the first and only political party campaigning to take Britain’s sovereignty back from Brussels way back in 1982.

Whether it’s the topics of Animal Welfare, Foreign Aid or Sustainable Housing, it takes pressure from the BNP to bring about action… and it’s thanks to your ongoing commitment that we have accomplished so much and can continue to make this happen.