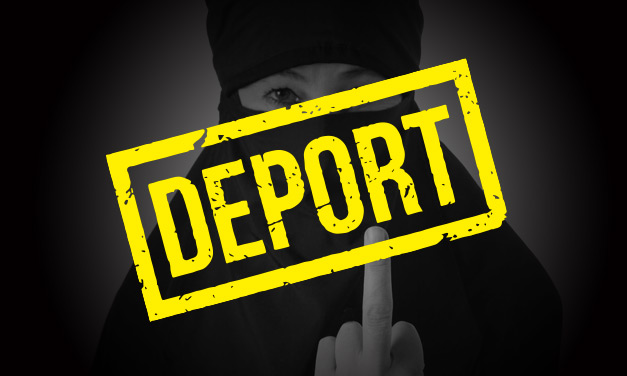 As if we need any further proof of the catastrophic failure of multiculturalism and the dystopia of multi-racialism, we have the story of a 17-year-old ‘British’ Muslim of Moroccan descent plotting the mass murder of her ‘fellow Brits’.

It’s yet another case of a child of Muslim immigrants harbouring murderous hatred for the people of the very country which provided them with charity and better opportunities.

The teenager is alleged to have married an Islamic State fighter based in Syria and arranged to receive hand grenades and a firearm so she could conduct the attack.

She is also accused of receiving instructions on how to use the weapons and allegedly asked for help in carrying out the plot.

Westminster Magistrates’ Court was told that she married the IS militant in September 2016 over Skype.

The girl, who is from London and cannot be named for legal reasons, had planned to travel to Syria in August 2016 – but her plan was thwarted.

Scotland Yard has put into place a policy of actively preventing Islamists from leaving Britain to travel to Syria to join ISIS, ensuring instead that those desperate to commit acts of terror are kept here in Britain.

According to Scotland Yard, there’s a significant number of women intent on carrying out attacks against the country which opened its doors to them.

There are bigger questions to ask here: why are these young women shunning the political Left’s liberal utopian notion in favour of oppressive Islam and terror against the West?

Her lawyer Vajahat Sharif has indicated that the teenager would plead not guilty to the terror offences she has been charged with.

She has been remanded in custody to appear at the Old Bailey on 11 August, when she will also attend a hearing in relation to another terror offence she was previously charged with.

The Islamist defendant had already been charged with a terror offence yet was released to commit another.

The BNP will reintroduce to the treason law the act of the aiding and abetting of the enemies of Britain – a rule dropped by New Labour.

Anyone who leaves the UK to aid and abet the enemies of Britain will immediately have their passports cancelled, and their UK citizenship revoked.

Furthermore, in compliance with the BNP Ten-Point Plan to Counter Islamist Terror, an investigation would be conducted into how and why she and her family are in the UK in the first place, and an assessment would take place to decide whether she and her family should be deported to Morocco.

It will be down to the jurisdiction of the judge to decide which family members pose a clear and present threat to the British people and be deported. 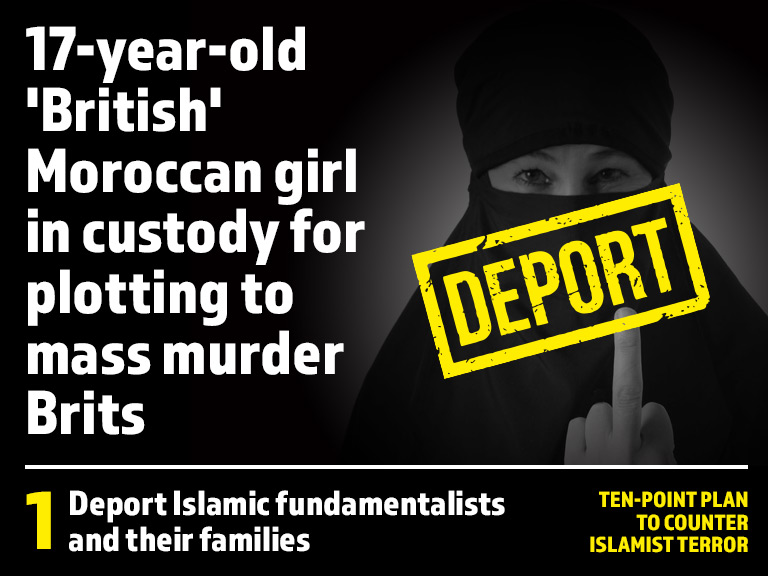