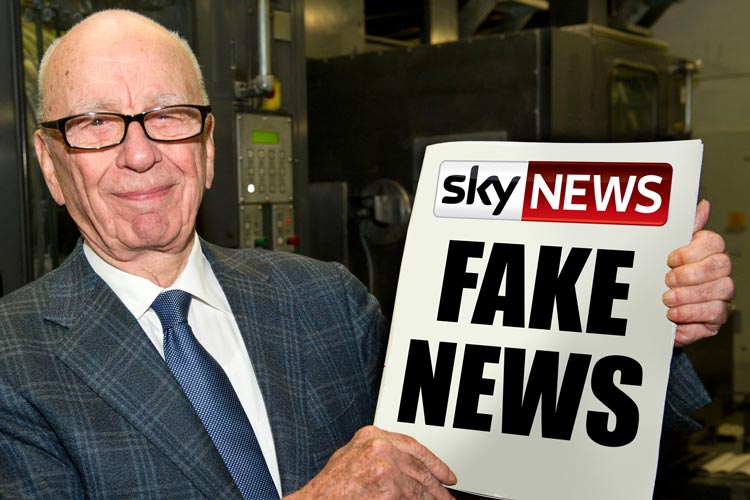 The Sky News channel takes every opportunity to give an edited version of the day’s events and to wheel out ‘experts’ who loudly condemn President Donald Trump, using arguments and language better suited to the playground.

Now Trump has given a press conference and condemned hysterical celebrity media with their biased, anti-Trump fake news stance.

In response, Sky News are clucking like characters from a Monty Python skit and bleating: “Ewwww, he’s bombastic. Ewwww, he’s a bully.”

When broadcasters project their politically-motivated interpretation of the news across the airwaves and disguise their opinions as fact, then they stop being journalists and become activists engaged in propaganda.

Sky News is calling Trump names now because he has “torn up” two decades of previous American policy over the Palestinian and Israeli conflict.

That old policy hasn’t stopped the bombs or the missiles or the tanks or brought peace to the Middle East so far.

What Trump actually said is that with regards to the Palestinian and Israeli conflict, he is happy with whatever solution both parties are happy with.

It all sounds pretty fair to me. Rather than impose aggressive American foreign policy, Trump will support the two sides as they search for agreement between themselves on what solutions can be found.