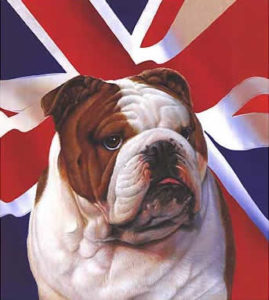 Populism is what you get when elected representatives don’t represent.

The liberal-left elites across Europe despise the people by calling it a populist rebellion, but it is nothing of the sort as people across the continent have had enough of failed lefty socialist policies.

The ordinary people who believe in democracy and patriotism have had enough of liberal lefty policies, uncontrolled mass migration, unemployment and failing economies.

We’ve been more tolerant than most other nations, and that tolerance has been perceived as ‘weakness’ by some (including our own politicians), but now we want our country back!

The EU was unwilling to undergo reform when David Cameron was PM.

That showed everyone the arrogance of the anti-democratic EU.

As a consequence, the EU is now like a house of cards.

Brexit was the first card removed.

Very soon the rest of the cards are going to spectacularly tumble.

They refer to populism in a negative way to which they have no valid answer but isn’t that democracy in action?

After all, the same people praised Blair’s populism that got him elected.

They want democracy on their terms only and subject to their approval.

The EU is a failed extortion racket and ordinary citizens have suffered for decades from being dictated to by arrogant EU elites in Brussels.

Enough is enough and so the people have exerted their democratic rights to regain their freedom as in Brexit.

They are not ‘far right’, but good patriots exercising their democratic rights and loyalty to their country.