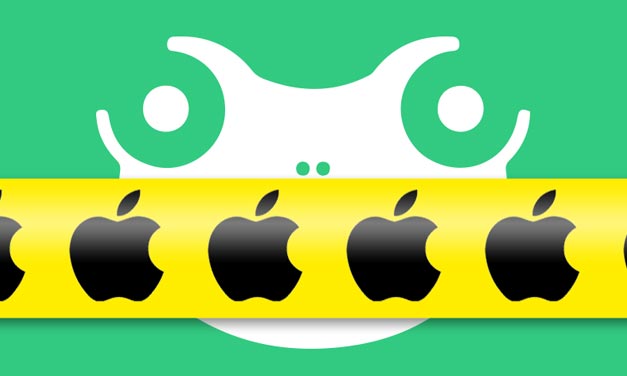 Apple has banned a rival to Twitter because it claims the US developer is sympathetic to the nationalist ’alt-right’ movement.

The Gab social network app was developed in response to increasing censorship by Twitter.

In its rejection notice, Apple cited ‘mean-spirited and objectionable’ user content on the social network suggesting that they are taking a pro-active role in censoring free speech.

Having apparently found the ’n’ word mentioned by a single user, Apple attempted to justify its politically motivated rejection.

Breitbart News responded by stating that the offensive word can be seen “thousands of times on Twitter and other social networks available on the App Store.”

“Once again the double standards of Apple and Silicon Valley are on full display,” proclaimed Gab CEO Andrew Torba in an email to Breitbart Tech.

“‘Objectionable and mean-spirited’ content is completely subjective and impossible to combat completely on any social network.

Gab believes in individual responsibility, and we provide our users with the tools to filter out any words, phrases, hashtags, or other users that they personally find “‘objectionable or mean-spirited.’”

“Apple is holding Gab to higher standards than that of Big Social.

We believe that the 17 day review time and rejection of our App on the first full day of Donald Trump’s Presidency were no mistakes, but a rather a political statement by Apple against our very pro-Trump Gab community,” Torba continued.

“Our next step is to appeal this rejection and to highlight the thousands of examples of ‘objectionable and mean-spirited’ content in other Apps that are currently on the App Store. We will not tolerate this double standard against our community.

Following a crackdown on conservatives by other social networks, most prominently Facebook and Twitter, Gab has attracted nearly 150,000 disenfranchised users, including InfoWars commentator Paul Joseph Watson, author Mike Cernovich, The Rebel’s Lauren Southern, and ex-Breitbart Senior Editor MILO, along with various other journalists from both the left and right.

Since the platform’s conception, Torba has been banned from a Silicon Valley startup group, suspended from Facebook, and had his Gab features borrowed by Twitter in an attempt to keep their network from dying.