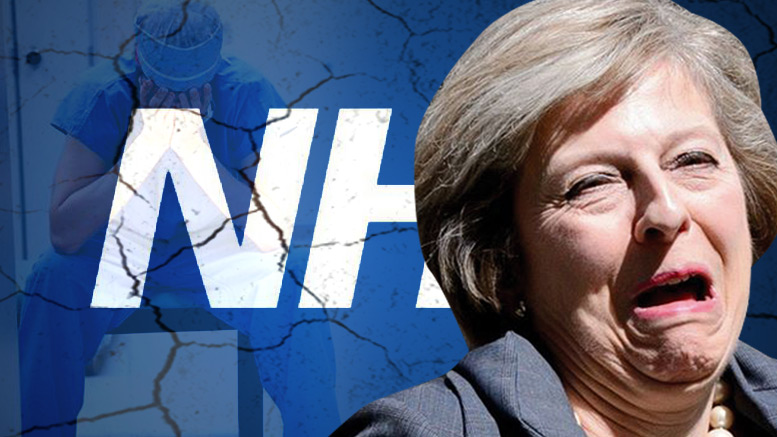 The NHS is set to double its fees for foreigners to use its services after Theresa May backtracked on her promise to triple it.

The proposed increase comes after a Nigerian health tourist racked up Britain’s biggest ever unpaid bill having traveled to Britain to give birth to triplets before absconding with a debt of more than £530,000.

Currently, migrants are subject to a surcharge of £200 when they apply to come to Britain which is bolted on to the price of the NHS services they use.

Theresa May’s doubling of the surcharge to £400 will do little to relieve the staggering debt that the NHS is already in and the “Third World” conditions of its hospitals.

The Department of Health estimates that on average the NHS pays £470 per person per year on treating surcharge payers.

Ministers said the move – expected to rake in an extra £220million a year for the health service – would ensure new arrivals made a ‘fair contribution’.

The £400 per year charge will apply to all migrants from outside the EU who want to stay in Britain for six months or more.

Health Minister Lord O’Shaughnessy took it upon himself to speak for the British taxpayer:

“Our NHS is always there when you need it, paid for by British taxpayers.

“We welcome long-term migrants using the NHS, but it is only right that they make a fair contribution to its long-term sustainability.

“By increasing the surcharge so that it better reflects the actual costs of using health services, this Government is providing an extra £220 million a year to support the NHS.”

Failure by the Conservatives to tackle the outrageous abuse by health tourists of our NHS has been cited by some lead doctors as an agenda to speed up the creeping privatisation by hastening its collapse.

Socialism has a record of morbid failure, and if we are to safeguard the socialist institution that is our NHS, it can only afford to treat ‘at the point of service’ those that have paid in.

BNP policy is common sense: Naturally, those who have not paid in who need emergency treatment cannot be turned away, that’s why the NHS, in such a case must operate like foreign healthcare systems – charge the user for the full amount of the costs of their treatment, and put in place robust procedures to ensure that sum is paid.

Do the Conservatives have the will to make this happen?

If their past record and today’s statement is anything to go by, the answer is a resounding ‘no!’