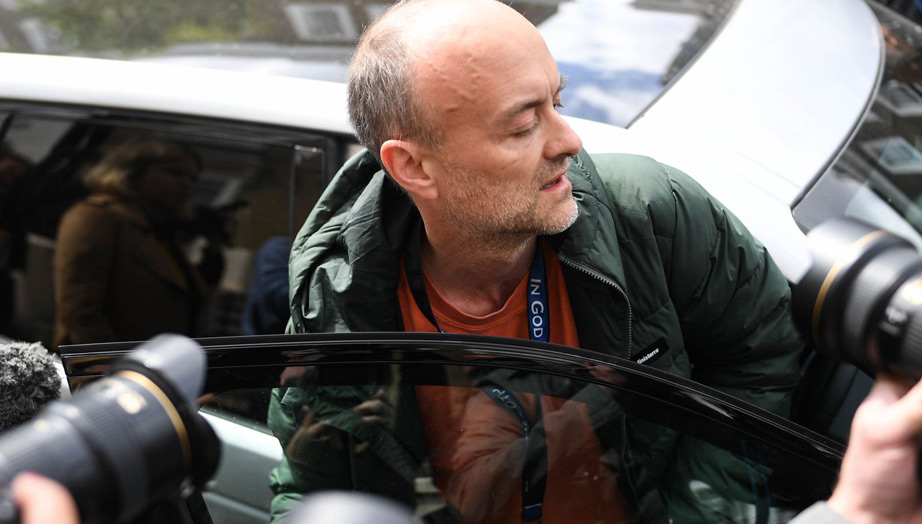 As ever the BNP news team and officials look to cut through the media hype and get to the real issues of the day that affect our nation.

Britain is in the early stages of the biggest worldwide health and economic disaster that has ever been known.

So first who is Dominic Cummings?

A political adviser. An unelected and highly paid (we’re told) elitist. A deeply unpopular indiviual who allegedly committed the ultimate sin in travelling to his ultra-rich father’s country estate in the middle of the coronavirus lockdown.

The political class and their media. They spent 72 hours relentlessly bickering over of how many times Cummings stopped his luxury automobile for his son to “go on the toilet” or how often he was seen strolling in the woods over the Easter weekend while formulating the Goverment’s “Stay at Home” plan.

While the economy crashed all around us, the political class and their media agonised over Cumming’s offence.

Was he guilty of imposing unnecessary draconian conditions on the British people, destroying lives and ransacking the nation’s economy, or was his breaking of curfew, “ok as we were only walking in a huge forest owned by my father, just like people in their gardens” – as he informed reporters in the first ever media conference by an advisor in the rose garden of number 10.

Here’s the case in point: we, and millions of working class Brits who switched the news off many hours ago, we do not regard as ‘news’ the breaking by the wealthy political elite of rules they themselves have imposed on everyone. It’s nothing new, the ruling class have always done that, and quite honestly, most of us don’t care.

The police should simply issue the standard £60 fixed penalty fine as they have done with 10,000 others for supposed lockdown breaches.

What many of us ARE genuinely concerned about is the letter, email or text from their employers telling them they have no job to return to.

People are concerned over whether they can pay their rent this month.

People are worried how their loved ones are going to pull through this “pandemic” having their cancer treatment indefinitely postponed.

People are increasingly alarmed over the empty NHS hospitals being made off-limits, and want to know when vital surgical operations can resume.

Forget Cummings! Let us all focus on the human tragedy that is playing out every day in a nation becoming more and more tired and incredulous the longer this pantomime continues.