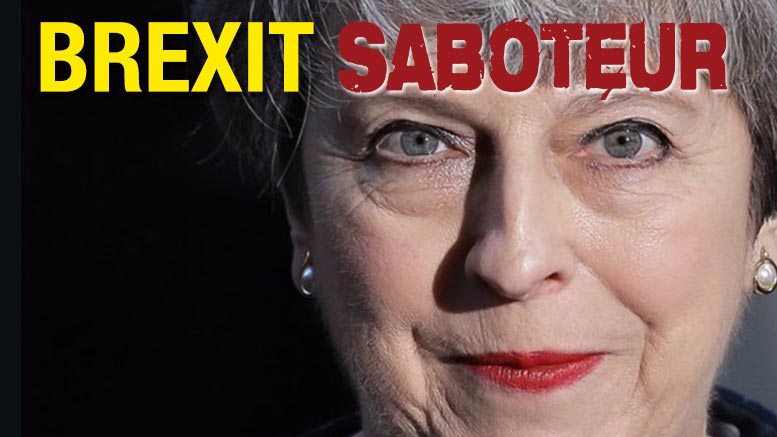 A turbulent week at 10 Downing Street has proved the BNP correct yet again – Theresa May is sabotaging Brexit!

Last Sunday, Brexit Secretary David Davis resigned from Theresa May’s cabinet along with two other aides stating that they will not betray their country by playing a role in May’s conspiracy against the British people.

Their resignation was followed by Foreign Secretary Boris Johnson who stated that the ‘deal’ May was plotting with the unelected EU political elite was tantamount to “sending our vanguard into battle with the white flags fluttering above them.”

It’s what the BNP predicted.

In June 2017, the BNP published an article calling into question May’s commitment to delivering the will of the British people – leaving the European Union and securing our borders.

Leaving the EU is one of the BNP’s founding policies set out in 1982.

The BNP is the original anti-EU political party, kick-starting a movement which gathered such momentum that other groups and parties joined.

The united front finally forced a referendum, giving the British people their say.

The turnout to vote in the 2016 EU referendum was the biggest in recent history, and despite a climate of fear contrived by the previous disgraced Tory Prime Minister David Cameron and his elitist cabal, the British people voted to leave the European Union.

The BNP is the ONLY truly anti-Establishment political party in Britain and the traitorous political class and their media institutions know it.

As long as the BNP exists, the political class know that they’ll be held accountable for their betrayal.

Only with your unswerving and loyal support can continue to keep up the pressure on the political Establishment.

Join the BNP today – because together we’re stronger!