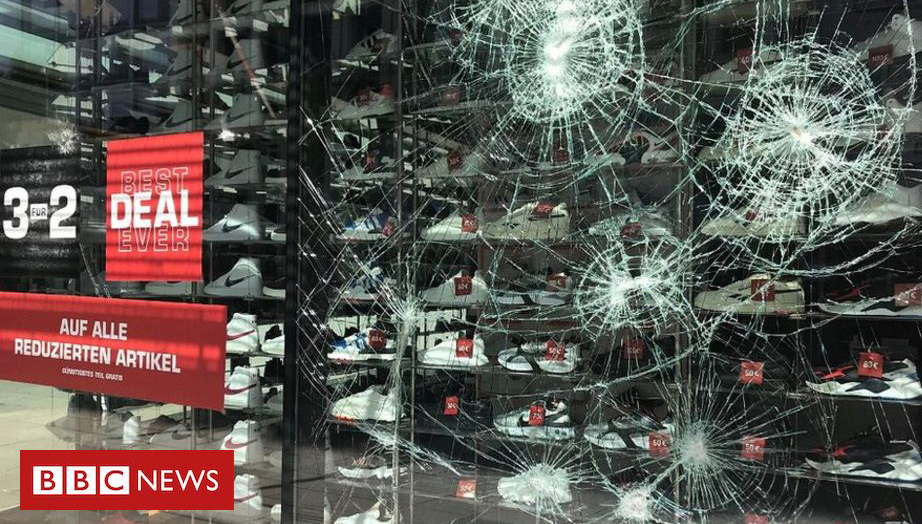 Police in Stuttgart lost control at the weekend after more than 500 insurgents took to the streets to riot and loot while shouting “Allah Akbar.”

Local media described the scene as a “battlefield” and likening it to “civil war.”

More than 19 police officers were injured in street battles waged by around 500 insurgents who destroyed over 40 shops and caused millions of Euros in damage.

According to police the combatants comprised “mainly young people with a migration background.”

In videos of the carnage, combatants can be heard shouting “Allah Akbar.”

2/ #StuttgartRiots #Stuttgart
The police could barely tackle the situation (in order to put it mildly) or in other words – the situation was completely out of control. https://t.co/3hl1NI1o7u pic.twitter.com/MSbMvtM3JL

“These are incredible events that have left me stunned and that I have never experienced in the 46 years of police service that I have been through so far.”

“It was an unprecedented dimension, from open violence against police officers and massive property damage to looting in our city.”

The chaos purportedly began after ‘youths’ were searched by police for drugs, before being surrounded by hundreds and pelted with missiles.

While the Marxist media has attempted to mislead the public and blame the attack on “party goers”, the reality is very different.

This is the latest of a series of disruptions provoked and egged on by the Marxist media and Leftwing agitators, using race as a stamp of victimhood, beginning in the USA and spilling over into Britain and the European continent.

Enough is enough! Isn’t it time you took a stand to save your country?