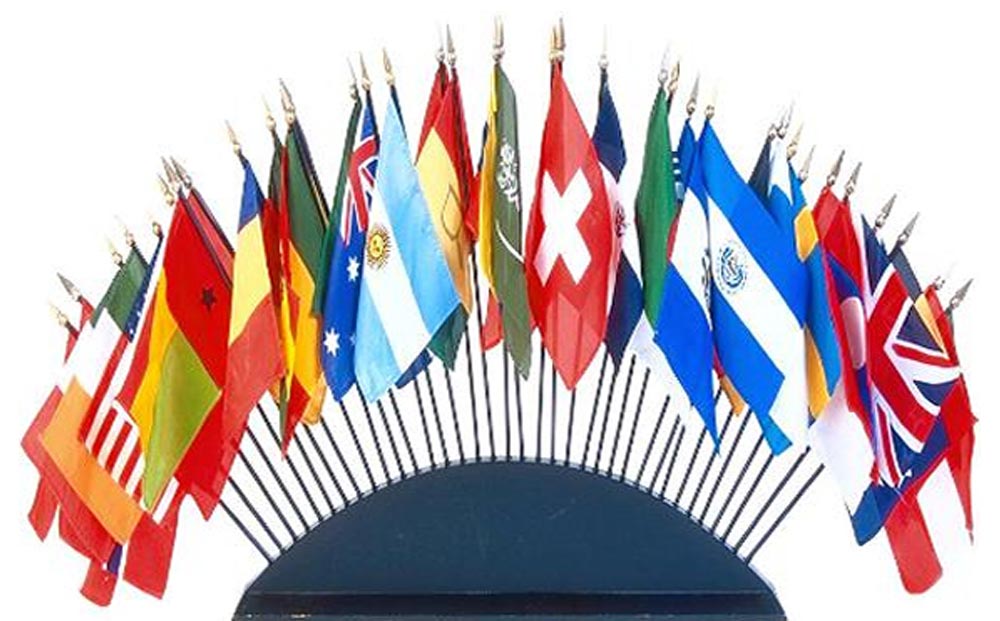 British foreign policy must be driven by one guiding principle alone – to serve British interests above all else. This iron principle will be strictly enforced by a British National Party government.

In reality, this means that Britain’s foreign relations should be determined by the protection of our own national interests – and not by our like or dislike of other nations’ internal politics.

Britain has no right to dictate the internal politics or social configuration of any other nation. We would also expect all other nations to grant this same right to Britain.

We would have no quarrel with any nation that does not threaten British interests. In this regard, a BNP government will:

– Reach an accord with the Muslim world whereby they will agree to take back their excess population which is currently colonising this country, in exchange for an ironclad guarantee that Britain will never again interfere in the political affairs of the Middle East or try to dictate to any Arab or Muslim country as to what their internal government form should be; and

– Maintain an independent foreign policy of our own, and not a spineless subservience to the USA, the ‘international community’, or any other country.

With regard to Europe, a BNP government will:

– Support the overwhelming majority of the British people in their desire to keep the Pound and our traditional weights and measures.

At the same time, a BNP government will strive for the best possible relationship with our European neighbours. The nations of Europe should be free to trade and cooperate whenever it is mutually beneficial without being forced into a straightjacket of political and economic unification – which is neither desirable, ultimately practically unfeasible and which is guaranteed to create conflict rather than avoid it.

Accordingly, a BNP government will withdraw from the European Union.

In place of the EU, a BNP government will aim towards greater national self-sufficiency, and work to restore Britain’s family and trading ties with Australia, Canada and New Zealand, and to trade with the rest of the world as it suits us.

Following our withdrawal from the EU, the BNP government will use the £43 million per day net contribution Britain at present makes to the European Union to fund many far more useful projects at home.

In addition, a BNP government will reject the idea that Britain must forever be obliged to subsidise the incompetence and corruption of Third World states by supplying them with financial aid.

Only once poverty and deprivation amongst British people has been eliminated, can any thought be given to foreign aid – and even then, a BNP government will link foreign aid with our voluntary resettlement policy, in terms of which those nations taking significant numbers of people back to their homelands will need cash to help absorb those returning. The billions of pounds saved every year by this policy will also be reallocated to vital services in Britain.