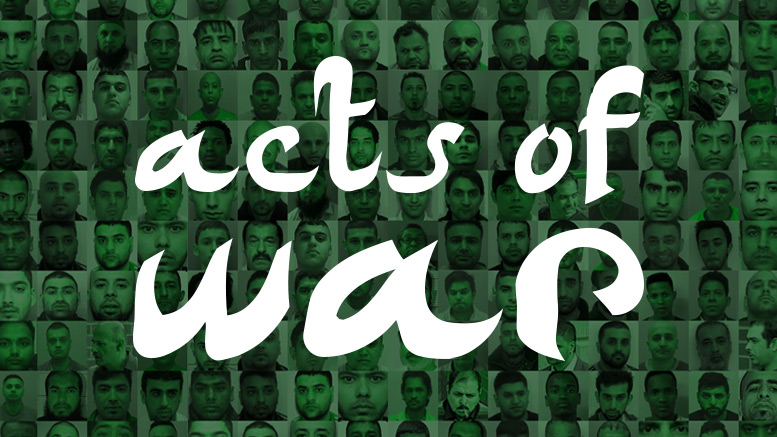 The horrific torturing, mass raping, and enslaving of white girls by Muslim Rape Gangs is not only an unforgivable racially motivated attack on native Brits – it’s an act of WAR!

Rotherham was just the tip of the iceberg!

Now we have Huddersfield where a gang of 20 men have been found guilty of scores of offences against young white girls, some as young as 11!

The BNP knew it and told the World.

We’ve been proved right on every count, but the reality of the situation is far worse.

Now the police admit that the BNP were right – Muslim Rape Gangs are operating in every town and city in England, Scotland and Wales.

The ever increasing vast numbers of Muslim invaders have been waging a race war and enslaving white children as part of their sex jihad.

On official record are the harrowing stories of white girls, some as young as 11-years-old being forced into sex with countless Muslim men at gun point and doused in petrol, with the threat of being burned alive.

In Rotherham and Telford alone, the estimated number of OUR children gang raped, sold into slavery, forced into prostitution and MURDERED surpasses 25,000.

The “whip hand” is now held firmly over our white children!

It’s ONLY the BNP that has dared to take the war to these Muslim Rape Gangs.

We took action in Telford and it was ONLY after the BNP dropped 40,000 leaflets exposing Muslim Rape Gangs that action was taken.

We cannot rest now, there’s SO much more to do.

Every pound you donate helps to save a British child being raped by Pakistani Muslims.