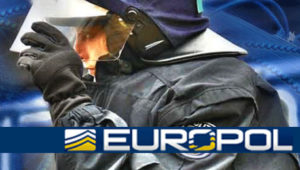 The European Union’s police agency, Europol, has confirmed the claim by the British National Party that terrorism will vastly increase as a result of the politicians’ insane immigration policy.

The 2016 analysis by the EU police agency has warned that attacks on European people by Islamic State are only just beginning.

Politicians in Britain have failed to prevent hundreds of murderous battle-hardened Islamist jihadis, hell-bent on killing British people, from returning to Britain from Syria.

Also highlighted was the increase of internet radicalisation of the millions of Muslims pouring into Europe and becoming disillusioned with their choice.

As Britain’s anti-immigration political party, the BNP has warned for decades about the grave threat to British lives, well-being, culture and identity from mass immigration – particularly from Islam, which the BNP has branded ‘incompatible with Western culture.’

The BNP is calling for an immediate National Security Moratorium, stopping all immigration into Britain until the current chaos can be accessed, and those here illegally can be deported.

“It’s no exaggeration to say that this is now a matter of life or death,” BNP Chairman, Adam Walker told reporters yesterday.

“On the watch of traitorous politicians in Britain, an entire fifth column has built up in our country, consisting of immigrants who hate us, our country and everything we stand for, and in extreme cases, are hell-bent on killing British people.

“Islamists have declared war on Britain and the politicians have failed to respond because of their cowardice and dangerous idiocy.

“That’s why the BNP is holding them to account, and demanding an immediate halt to all further immigration into Britain until we can sort out the politicians’ catastrophic Immigration shambles.

“Only the BNP has the courage to take decisive and necessary action.

“You can rely on the BNP to put the well-being of British people first and protect the lives of British citizens.”

Join the BNP today and stand shoulder to shoulder with those Brits determined to make Britain great again.