The Western World has many problems. One of these problems is universities; they have, over many years been taken over by the far left.

The people who are graduating from these establishments to be teachers and educators have been brainwashed with a very dangerous left wing ideology. 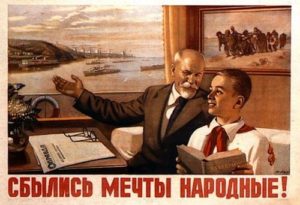 In these halls of academia for years it has become acceptable that spelling doesn’t have to be accurate, sports and or games can be non competitive, and that it is perfectly fine for whole classes to be taught at the level of the least able child; failure is applauded.

The vast majority of teaching staff have spent their entire lives in a classroom.

From nursery to primary school, from primary onto secondary, then on to college and university and back into the classroom as teachers. The circle completed.

They have virtually no concept of reality outside of the school gates. And what is extremely worrying is that these are the people who are entrusted to shape young minds.

This is why for the last twenty years we’ve seen school leavers who can barely function in society, have no social skills, are completely over-sensitive and have next to nothing to offer the job market except for a deep knowledge of ‘racism’ and safe spaces.

Everything is done with a left wing bias.

The world is not like that; industry needs people who want to work hard. To get on in life you have to compete.

They have sold our children short since the 1960’s.

They have experimented with politically correct systems one after another, yet none of them have worked but they still say it is the best way forward. WRONG.

The UK consistently has a bad record when it comes to children’s education, Labour’s answer is to keep throwing public money at it and hope it gets better as they do with everything.

It is not in the left’s interest for people to be well educated, because educated people who have managed to unplug themselves from the matrix no longer vote Labour, they vote BNP.

To make education work again, the BNP will ensure that all children are provided with the opportunity to realise their full potential. We oppose the ‘trendy’ egalitarian teaching methods that have made Britain one of the most poorly educated nations in Europe.

• Reintroduce emphasis on the ‘Three Rs’, especially at elementary level and return to the system of learning by phonetics

• Phase out GCSEs over a ten-year period

• Reduce the length of the summer holidays

• Instil in our young people knowledge and pride of British history, traditions, identity, and origins and scrap the compulsory study of all other cultures