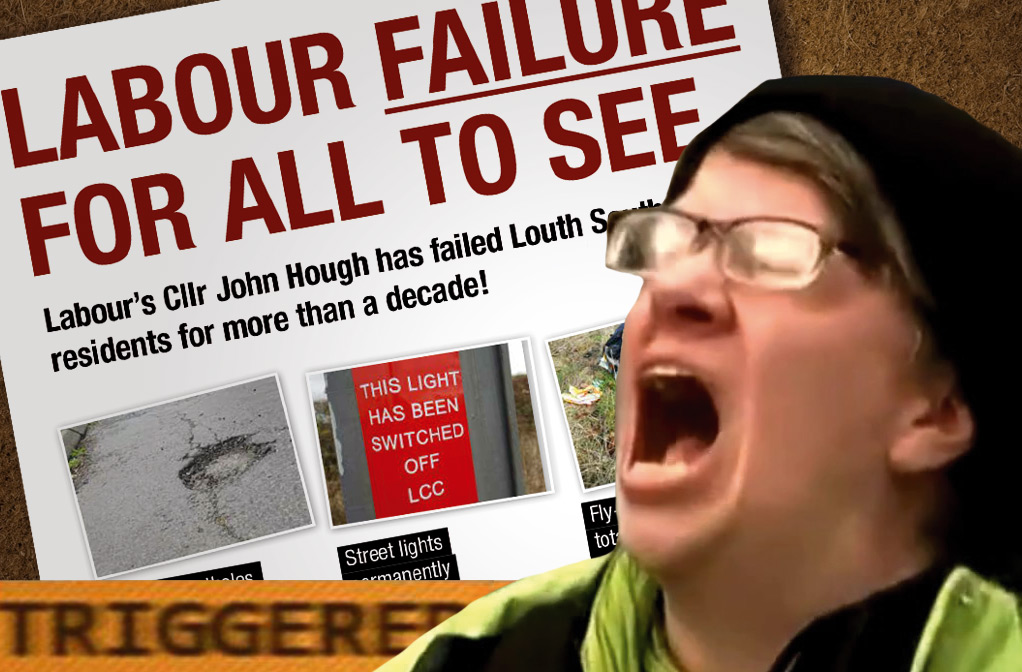 Substantial British National Party growth and support in and around Louth, Lincolnshire, has ‘triggered’ Labour Councillors into feigning outrage at a BNP leaflet which exposes their incompetence and laziness. 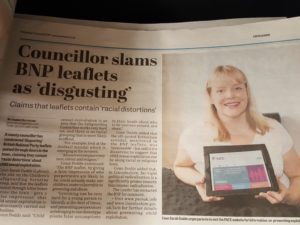 The BNP leaflet, remarkably mild in comparison to previous BNP leaflets which have reported the facts about Establishment career politicians and their gross failing, is one of a series set to pave the way for bigger and better campaigns in the area.

Local leftist rag, The Louth Leader, quoted their Labour Councillor as describing the BNP leaflet as ‘disgusting’, and that in some unspecified way also contained ‘racial distortions’.

It’s anyone’s guess to know quite what a ‘racial distortion’ is (sounds more like a hideous monster out of a trashy B-movie horror flick!) but the world according to Labour – a world of Political Correctness – is a horror show.

Nevertheless, find out for yourself.

“We’ve had a deluge of complaints from local residents about indecisive Labour candidates,” said a local BNP activist.

“One of the Labour Councillors has been claiming he’s working in the ward but was actually helping out ‘local people’ in Tanzania, Africa!’

“Another has done next to nothing for local residents; instead, he’s been visiting mosques and calling for so-called refugees to further flood the town.

“Local people are sick of it!

“This leaflet has highlighted Labour’s behaviour, and to them, it doesn’t make good reading.

“I think most of the local residents will agree that the priorities of these Labour Councillors could indeed be branded ‘disgusting’.

“It’s because of Labour’s actions that local people are turning to the BNP – the BNP puts local people first, all the time, every time!”

Lincolnshire BNP will release a rebuttal to Labour to further expose the facts.

To join the growing BNP Lincolnshire team call or text 0771 400 9295 to register your support or send a donation by cheque to British Heritage to: