Born in Dundee, he achieved immense fame by defeating the Dutch fleet off Camperdown in 1797.

That victory thwarted a possible invasion by French and Dutch forces.

Because of his stunning victory, the British Government awarded Admiral Duncan an annual pension of £3,000.

This was the largest pension ever by the Government at that time.

Several ships have been named HMS Duncan in his honour.

Many pubs throughout Britain still have the name ‘Admiral Duncan’.

There is a statue of Admiral Duncan in Dundee.

The Battle of Camperdown

During the French Revolutionary Wars (1792–1802), the French conquered the United Provinces of the Netherlands.

In 1795, the French renamed the Netherlands as the ‘Batavian Republic’ after deposing William V of Orange.

This new Republic had the extensive support of the Dutch population and was the product of a popular revolutionary mood.

The threat of an invasion from this naval force was very high.

To counter this menace from the Dutch Republic, a fleet was assembled at Yarmouth under the command of Admiral Duncan.

The Dutch fleet commanded by Admiral Jan de Winter finally made a move and set sail.

Lookouts informed the Admiral of this development.

Duncan then set sail to intercept the enemy.

Each side had an equal number of ships.

Captain William Bligh (‘Mutiny on the Bounty’) commanded one of the ships in Admiral Duncan’s fleet.

So, on the 11th October 1797, the two sides prepared to do battle; the Dutch fleet adopted a traditional naval line of defence.

However, Admiral Duncan, employing an unorthodox method of attack, managed to smash through the Dutch line.

After vicious and desperate fighting and after heavy casualties (740 fatalities and 1200 injured), the British fleet was victorious.

Duncan captured nine Dutch ships and two frigates, and the ferocity of the battle destroyed the other Dutch ships.

The Battle of Camperdown was a stunning naval victory for Britain.

As a result, it eliminated the threat posed by the Dutch fleet and halted French ambitions for an invasion.

At the time, it was the Royal Navy’s greatest victory over an enemy force of equal size. 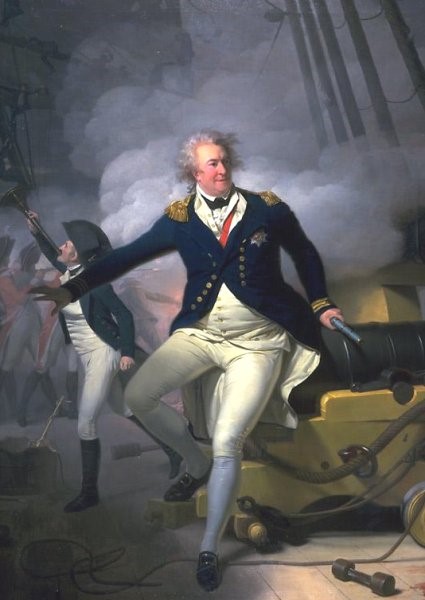