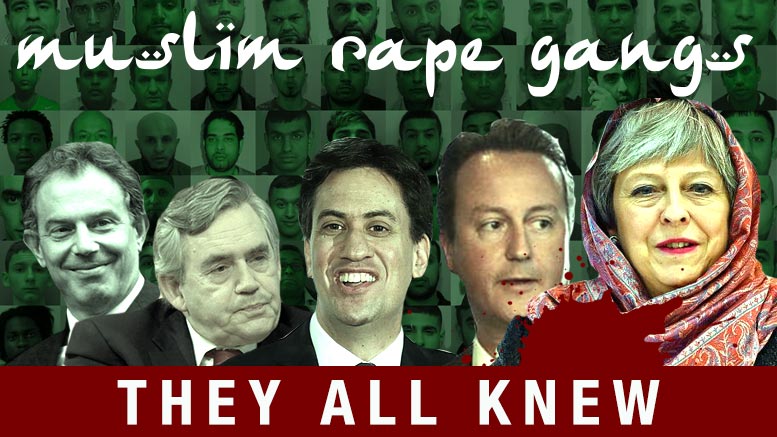 An independent review into the handling of the ongoing Muslim Rape Gangs terror by Rotherham authorities has revealed that the HOME OFFICE knew of the horrors taking place 16 YEARS AGO – 12 years before the Jay Report!

The review also proved that South Yorkshire Police and local authorities were COMPLICIT in the racially motivated sex attacks on our young white girls by covering them up.

The harrowing confirmation of the full extent of the betrayal of the British people from the highest level of the British government is no surprise to the BNP – because WE TOLD THEM of the Islamist rape terror!

For decades, the late BNP super activist Marlene Guest worked with the victims, continuously blew the whistle and compiled so much evidence that even the vile political Establishment was unable to hide it any longer.

The subsequent Jay Report was almost entirely based on Marlene’s evidence.

The tireless campaigning by the BNP brought about international condemnation and shame on the entire corrupt political Establishment in Britain.

The full weight of the political and cultural war to save our traditions, race and nation weighs heaviest on the shoulders of the strongest and most resolute of our people – as a proud and loyal supporter of the BNP, YOU stand among the greatest living Brits.

It’s why I’m counting on you – THE LIFE BLOOD – to keep our BNP heart beating.

We MUST step up the fight.

We cannot let up for a second to give our mortal enemies a gasping breath.

Now is the time to step up our effort and take it to the despised political class in Britain and expose them in the name of the British people.

We must take action!