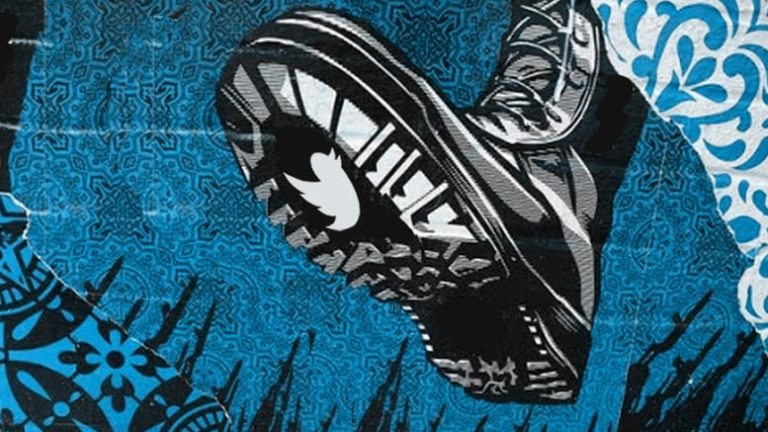 Popular online social network platform, Twitter has gone full on totalitarian after launching a ‘purge’ to ban ‘politically inconvenient’ groups and personalities from using its service.

Last November, Twitter announced its new rules on “abuse and threats of violence” which came into effect on 18 December 2017.

The very same day, the company issued a list of twelve accounts it had singled out for suspension.

Among these were both the eminent author and researcher Jared Taylor and his American Renaissance organisation, and the pan-European patriotic youth movement Generation Identity.

Neither of which had issued threats of violence.

Twitter’s guidelines went further still, stating that the displaying of “hateful images or symbols” would also constitute a disciplinary offence.

Who gets to designate an image ‘hateful’?

The carefully selected employees at the terminally liberal Twitter HQ of course, under the direction of Twitter co-founder and (current) CEO, and notorious SJW (Social Justice Warrior), Jack Dorsey.

Even the leftwing rag The Metro acknowledged that the only users which had been banned under these new rules were patriots.

“It is not clear whether it will be used […] exclusively against right-wing organisations,” stated journalist Jasper Hamill, after reviewing the list of ‘offenders’.

Last week the full nature of this purge was revealed after investigative journalists at US-based Project Veritas released undercover footage of Twitter employees admitting that the company was engaged in a policy of ‘shadow banning’ (limiting the user’s reach unbeknown to them) of ‘politically inconvenient’ users.

According to Singh, these people would typically be supporters of President Donald Trump, identify with the Christian cross, support the Second Amendment and the right to bear arms and proudly display flags.

The footage obtained by Project Veritas provides an incontrovertible testimony from inside the organisation that what has been long suspected, is precisely what’s been happening.

As such it is exempt from complying with any government criteria for fair use – something the political right has always defended.

Several prominent spokesmen in the field of technology – including the high-profile conservative provocateur Milo Yiannopoulos who was among the first ever to receive an outright ban from the platform last year – have made the case that given the unrivalled influence of modern culture, social networks have a responsibility to higher standards and should be subject to the same standards as public utilities.

As we’re beginning to see with Hollywood, when politics and Social Justice becomes the driving agenda in entertainment and services, profits begin to slip.

From its outset, Twitter has failed to make a profit having been unable to secure the level of advertising needed to do so.

Last July alone, the social network platform announced a “loss of $116.5 million last quarter” and a decline of 2Million users in the US alone.

According to CNN Money, the report “spells trouble” for the social network.

Censorship is another sure way to hasten its demise.

How long Twitter has to live is open to speculation, one thing is certain – patriots cannot rely on the platform.

Inroads have been made in creating alternatives such as Gab.

Independent developers, however, suffer a debilitating disadvantage, often being blacklisted by other leftwing and ‘progressive’ Silicon Valley technology companies, such as Apple, which has already denied Gab the use of its App Store service by which to promote itself and reach new users.

Patriotic users have already been leaving Twitter in their droves, either dumping the platform or looking to alternatives as a contingency should they succumb to the purge.

With Facebook’s CEO Mark Zuckerberg being caught on film assuring that critics of Angela Merkel’s Islamisation of Europe project will be silenced, and Google-owned YouTube suspending accounts for straying from the leftwing narrative, the scene is set for champions of free speech to take matters into their own hands.