A Nelson Mandela statue is in Parliament Square, London: Is it now time to remove it?

Contrary to popular belief, Nelson Mandela was a terrorist and a murderer.

The mainstream media (MSM) likes to give the impression that he went to prison for his political beliefs.

Mandela was the founder of the military wing of the African National Congress (ANC).

The armed wing of the ANC is known as Umkhonto we Sizwe (MK), translated as “Spear of the Nation”.

The MK committed over one hundred and fifty public acts of violence and terrorism.

Nelson Mandela and the Communist Party

Communism killed well over 100 million people in the 20th century. 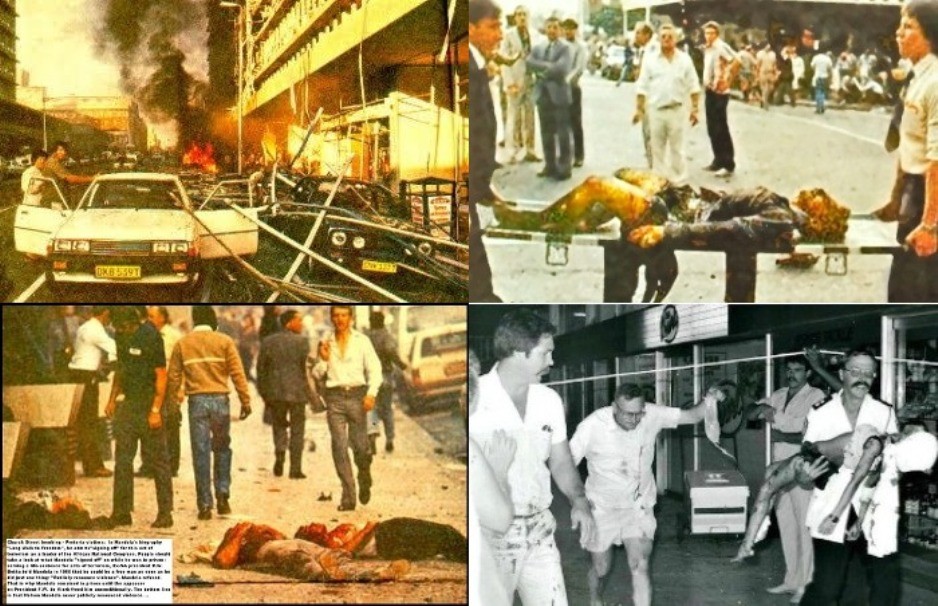 The victims of Mandela’s bombs included men, women, and children—both black and white.

Nelson Mandela pleaded guilty in court to one hundred and fifty-six acts of terrorism and violence.

When arrested, Mandela and his fellow terrorists had in their possession a massive stockpile of weapons. 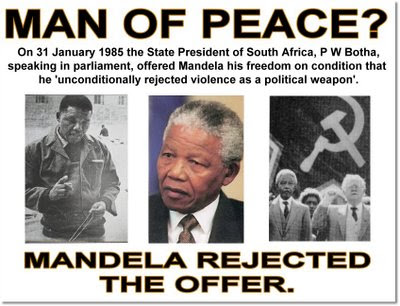 He was offered an early, conditional release in 1985 on one condition—that he renounced violence.

Amnesty International would not take his case because he was not a political prisoner.

He went to jail because he committed acts of violence, murder, and terror.

The brutality of the ANC

The ANC’s supporters employed a hideously violent method of execution known as “The Necklace”.

This method of killing involves placing a petrol-filled tyre over the victim’s head and shoulders.

The killers then set it alight.

ANC supporters used this savage method of execution on over six hundred people.

The victims were mainly black policemen and their families.

Also, ‘The Necklace’ is often used by black South Africans against black immigrants.

Nelson Mandela’s wife Winnie said: “With our box of matches and our necklaces, we will liberate South Africa”.

As a result of this attitude, such viciousness is commonplace in South Africa today.

In 2007, ‘Red Ken’ Livingstone (the London Mayor in 2007) decided to put a statue of Nelson Mandela in Parliament Square.

Nelson Mandela Statue should be removed?

What did Mandela do for the people of Britain?

Why have we got a statue of a foreign leader in Parliament Square?

Is it right to move or take down a statue because someone is offended by it?

Is it time to remove the Nelson Mandela statue?

You be the judge!