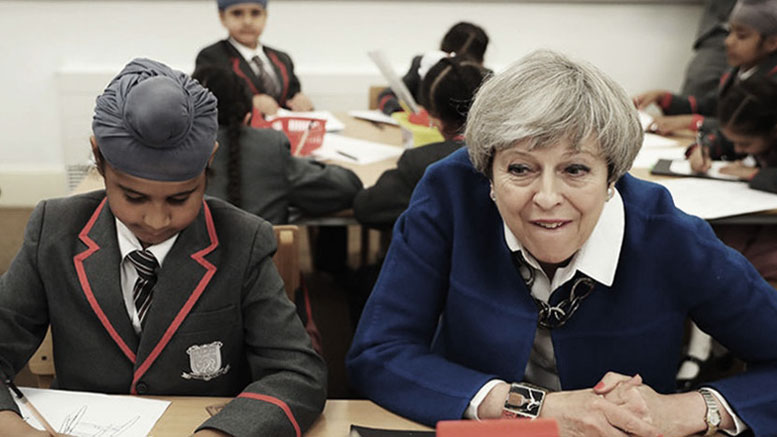 Indigenous Brits are on course to be an ethnic minority in Britain’s second biggest city within five years.

By the time of the next census in 2021, indigenous Brits will be less than 50% of the population of their city of Birmingham.

In 2013, an official report declared that even then, less than a third of schoolchildren in the city were White.

Birmingham City Council is delighted with their ethnic cleansing programme.

In their community cohesion strategy – written in Orwellian ‘newspeak’ – Birmingham is “soon to become majority minority.”

More than half of its population will class themselves as ‘non-white British’ by the time of the next census, up from 42.1% in 2011.

While “long-term, persistent deprivation” and a “shrinking housing sector” in the new Third-World city of Birmingham are problems, the Council insists that while world leaders have declared multiculturalism a total failure, the “super-diverse” character of the city is actually its greatest asset!

One issue of concern for the Council is that the Third World colonisers have failed to create for themselves the same kind of advantages that indigenous Brits have created in their communities.

Instead, they’ve created communities for themselves with “greater levels of disadvantages”.

According to the Council, the natural proclivity for peoples to gather in groups of their own kind was a problem and it was described as “segregation.”

To tackle the ‘problem’, the Council has demanded government interference and introduced measures to break up communities and force unfamiliar, and often hostile, peoples together.

“Super-diversity” the city’s strength, says the Council, apparently oblivious to the fact that trying to make a unified city out of such super-division is an impossible task.

There’s never been any case of a successful multi-racial society in history and multiculturalism always ends in civil war.

While the traitorous politicians are busy heaping up our “own funeral pyre”, the BNP is the ONLY political party which provides a home for all those betrayed indigenous Brits.