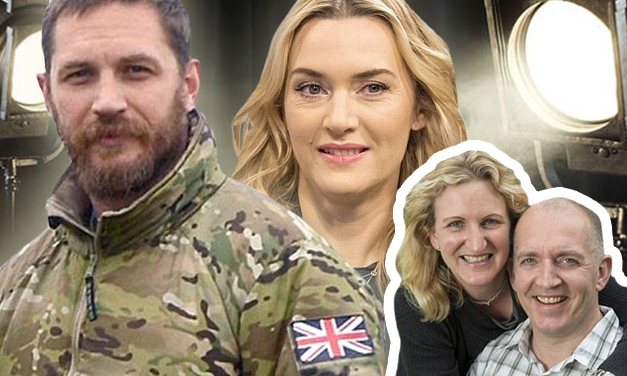 After spending three years behind bars of a ten year sentence meted out to him by court-martial for shooting a mortally injured Taliban jihadi in Afghanistan, Sergeant ‘Marine A’ Blackman was released after his wife, Claire Blackman, led a tireless campaign to free him.

Speaking for the first time since his release, Sgt Alexander Blackman, a Royal Marines Commando who served his country with distinction for 15 years in Iraq, Afghanistan, and Northern Ireland, paid tribute to his wife:

“I will be eternally grateful to Claire and I cannot put into words how wonderful she is.

“She is a wife in a million.

“Other inmates often said how lucky I was to have her fighting so hard for me.

“I don’t think there is anybody who has witnessed the effort she has gone to who will doubt how she feels about me, and that’s beyond words really.

“You just can’t imagine anyone cares for you that much.”

According to The Daily Mail, it is rumoured that the couple who, despite terror risks, is said to have ruled out changing their identity or appearance, will be played by British acting superstars Tom Hardy and Kate Winslett in a big screen adaptation of their story, with Hollywood legend Al Pacino taking on the role of their lawyer.

Sgt Blackman, a Royal Marines Commando who served his country with distinction for 15 years in Iraq, Afghanistan, and Northern Ireland, was sentenced to ten years in prison by a court-martial for shooting an already mortally wounded terrorist fighter.

“Sgt Blackman is counted among the ranks of our national heroes – those who risk, and in many cases give their lives, to protect the British people.

“Our Armed Forces are a credit to our nation – it’s why I’m not only a proud ex-Marine but a proud member of the British National Party too.”

WELL DONE to everyone who played a part in keeping hope alive for the Blackman family and joining forces to fight for our Heroes.