The BNP throughout Lincolnshire is receiving significant support in their campaign which commenced in February to alert residents to the dangerous policy of Lincolnshire County Council moving to switch off street lighting at night. 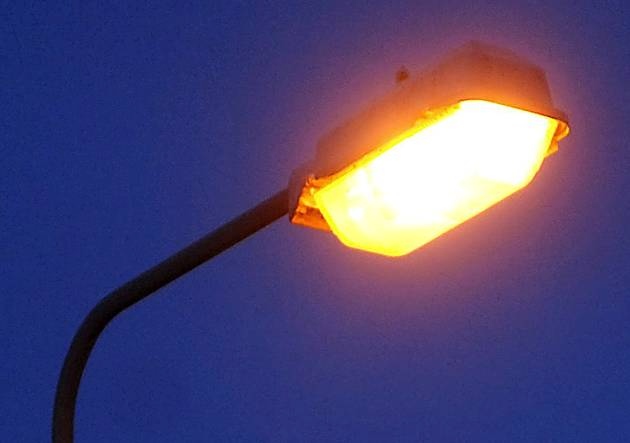 In villages throughout the county meetings held by Parish Councils & latterly staged by local residents have been attended by supporters of this party who have clearly voiced our position as the only ‘ common sense’ Party. We have also won new support from locals with our views.

The BNP throughout Lincolnshire is receiving significant support in their campaign which commenced in February to alert residents to the dangerous policy of Lincolnshire County Council moving to switch off street lighting at night.

This, in fact, is a shocking story which is one of the most controversial policies to affect Lincolnshire in many years.

Broadly speaking ‘ part night lighting’ will affect hundreds of roads in built up areas with no provision for lighting between dusk and dawn.

A photograph attached to this report shows Street lighting switched off on a busy unlit arterial route on the North East Lincolnshire County border.

In addition to this decision District Town & Borough Councils are being instructed to switch off 3000 Street lights on A roads in a further misguided attempt to reduce Council expenditure.

The BNP oppose this dangerous and ridiculous move by Lincolnshire County Council and have had a dialogue with dozens of very angry residents who back our campaign & agree with our analysis.

Firstly part night lighting & switching off or dimming lights is reckless due to the appalling condition of Lincolnshire’s ravaged roads with 40% more potholes than in 2015.

In the year to date, 37 motorists have been killed on Lincolnshire’s roads compared with 24 in the previous year. Of these 11 are moped or motorcyclists.

It is common sense to suggest the plethora of potholes and no streetlight provision poses a further threat to motorcyclists. In essence, a decision to deploy this Street Lighting project in the 10 stages planned will cause a further risk to road users.

The BNP also state that due to the threat of Islamic Terrorism the protection of RAF bases and the road network in their vicinity is of paramount importance.

Equally, the oil refineries and Humber Bridge and the agricultural heartland require a well lit and secure road network.

Due to the migrant influx and smuggling the coastal strip of Lincolnshire needs to be fully secure – night lighting should not be compromised.

Critically increased equipment thefts from Farms and organised crime in rural areas perpetrated by Eastern European gangs including livestock theft mean there is no possibility the switching off of street lighting can be condoned.

Residents feel threatened and unsafe. The BNP say protect our people and if savings must be made our Lincolnshire team have outlined the true facts.

This scheme by Lincolnshire County Council, when delivered in full, will cost £6.4M. However, it is only projected to save the Council an optimistic £10M over 10 years.

This saving which is difficult to measure is negligible in the light of the following.

This expenditure is, in fact, a combination of politically correct Commissioning with hundreds of thousands of pounds spent on Strategic Communications.

People Management & Information Management with Technology Strategy are added to this proving there is no shortage of funds for departmental nonsense and PC drivel.

The reduction of crime and improved road safety & neighbourhood security are priorities for any BNP elected representatives in the county and us as a Party are firmly and actively campaigning to ‘KEEP OUR STREETLIGHTS ON!’

The Party are rolling out its first Lincolnshire Colour leaflet with emphasis on local issues with the shattered road network being highlighted by 60% of respondents to our questionnaire as being their primary concern.

Make the decision today to Join the BNP or write to our local team with the important of issues in your area you would like us to address. We are told elected councillors aren’t listening so now It’s time for Action!

To donate to our “KEEP THE STREETLIGHTS ON!” fighting fund, please visit: