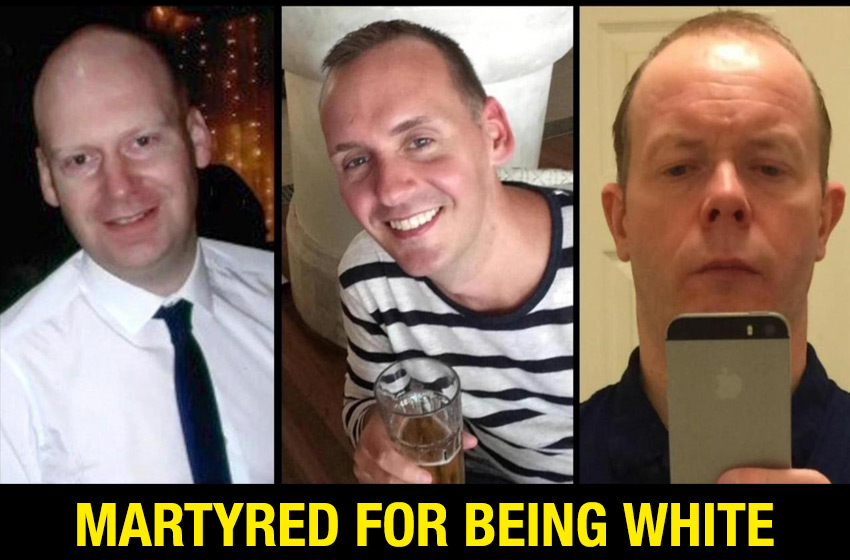 The brother of the Libyan ‘refugee’ who murdered three people during a stabbing spree in Reading on Saturday night said the terrorist was merely “defending himself” against “racist countries” like the UK.

25-year-old Khairi Saadallah was arrested after launching a frenzied racist attack on a group of people enjoying an evening in a park, killing three men – James Furlong, Joe Richie-Bennett, David Wales – and injuring three others after stabbing them in the neck.

Police were quick to designate it a ‘terrorist attack’, raiding the home of the suspect and carrying out a controlled explosion.

His brother, however, stated that the racist attack was revenge because he felt “racism” and was therefore “defending himself.”

Responding to claims by the Marxist media the murders were merely a “terrorist attack”, the killer’s brother emphasised the racial motivation.

“This is not true. Khairi defended himself … racist countries. Freedom for my brother Before !!” claimed Mo Saadallah.

“We are not terroris (sic) and fuck England,” he later posted.

Saadallah is the latest ‘refugee’ from Libya to attack and murder members of the British public.

In 2015, Salman Abedi, a Libyan who had been ‘rescued’ by the British Navy in 2015, went on to bomb a pop concert in Manchester blowing to pieces 23 people – mostly children – and horrifically maiming scores of others.

The Government in Britain has imported hundreds of thousands of foreigners who hate our country and the British people.

Successive Labour and Conservative governments have proved the greatest threat the to lives and well-being of British people in their native homeland.

The fact that the terrorist’s brother is blaming “racism” as a justification for slaughter, proves just how poisonous and reprehensible the ‘race grievance culture’ has become.

Created by the political Left, Conservative politicians have not merely capitulated, but now pedal the same poisonous ideology.

Enough is enough! Isn’t it time you took a stand to hold the corrupt politicians to account for their betrayal of the British people?