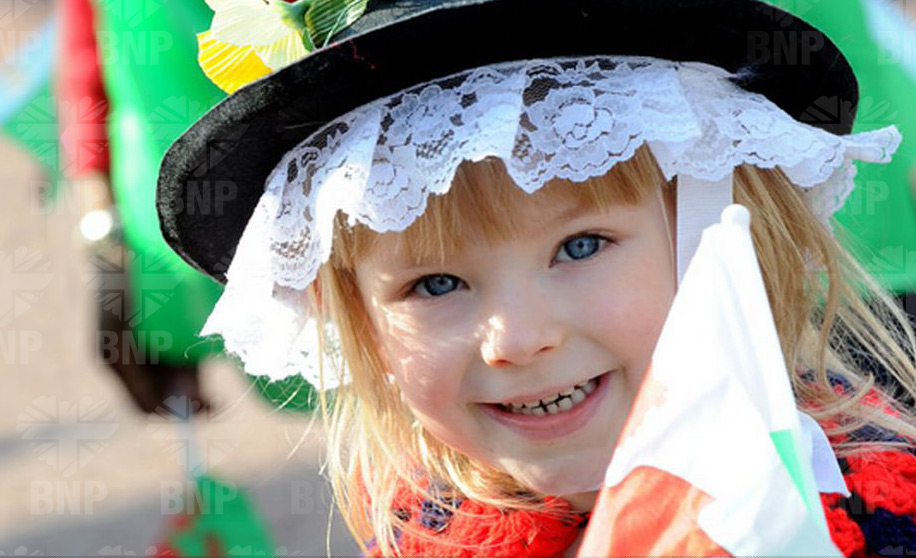 The British National Party would like to wish everybody Dydd Gwyl Dewi Hapus.

For those English speakers among us, that means a happy St David’s Day!

Yes, 1st March is the day that we celebrate our patron saint of Wales, St David, by a parade with our daffodils on display and by nibbling on raw leeks.

St David lived in the 6th Century and advanced Christianity among the pagan Celtic tribes of Wales.

Many miracles are attributed to the missionary and ascetic including the Synod of Berfi where he caused the ground to rise beneath him and swell to form a hillock while preaching so that everyone could see and hear him speak. 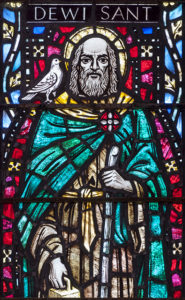 Legend has it that St David also restored the sight of the blind St Paulinus and survived the poisoning of his bread by his own monks who resented the severe asceticism (severe self-discipline) they suffered under his guidance.

St David became revered and recognised as a patron saint at the height of Welsh resistance against the Normans.

St David’s Day should be a public holiday

In 2000, the National Assembly for Wales voted unanimously for St David’s Day to be made a public holiday.

Also, a 2006 poll revealed that 87% of the Welsh people overwhelmingly supported the policy.

A year later, the Prime Minister Tony Blair rejected a petition for a Welsh Bank Holiday.