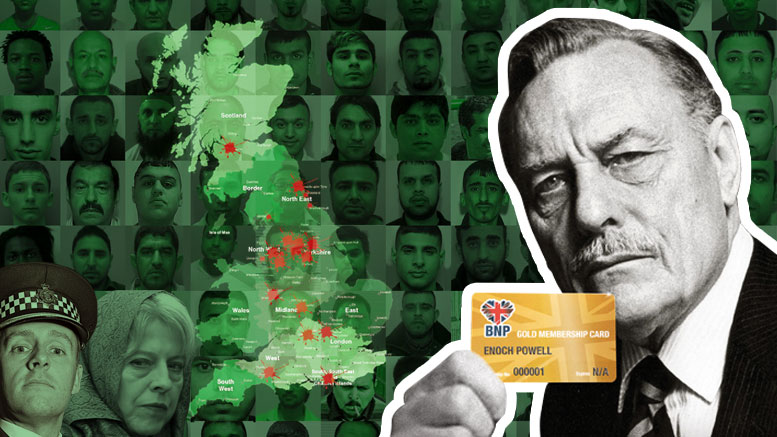 Even Powell’s worst nightmare couldn’t have foreseen what we are witnessing taking place in Britain today.

It has been revealed that Muslim Rape Gangs have been gang raping, torturing and murdering our children  – and by their own admission, because they were White!

As legendary patriot Enoch Powell predicted, they’ve even gone as far as extending the “whip hand” over native Brits by trading our children as sex slaves.

The fact that these abominable crimes are being allowed to take place in the full knowledge of politicians and governing authorities is arguably the most horrifying revelation.

That these politicians – comprised largely of native Brits – in positions of authority could side against their own kinfolk, conspire in a Population Replacement programme and permit any crimes necessary to see it through, sets the struggle we face on a scale of magnitude never before witnessed in Britain.

But gaping cracks in the multicultural regime of the rotten British Establishment have appeared for all to see.

Managing a socially engineered system as unnatural as multiculturalism demands the level of resources which the government simply cannot sustain.

As Powell warned us, dark days are ahead and it’s the task of the BNP to bring together our extended family and prepare us all for the coming storm.