Councillor Brian Parker is the British National Party – Local People First candidate for the Pendle constituency at the General Election 2017. 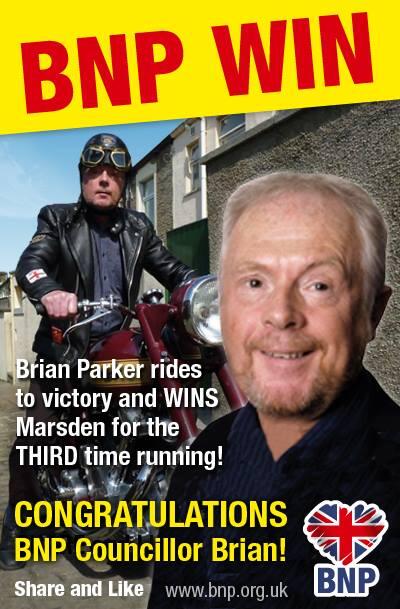 That win in 2014  in Pendle, Lancashire was a monumental and record-breaking achievement!

He also wants to ‘end the madness of foreign aid’,  bring back capital punishment, and stop the ‘Islamic colonisation of Britain’.

A recent example of how Cllr Parker dealt with an issue of local importance in his area is this: Brian had works carried out to stop flooding from Marsden Golf Course onto the top of Deerstone Road.

A small matter but important to those affected.

Paid for by Brian out of his ward initiative fund – a small sum that every councillor has, to pay for improvements in their own ward.

This was used as a last resort because the Labour Party, which controls Nelson Area Committee and the Town Council,  refused funding in an area where they have no councillors!