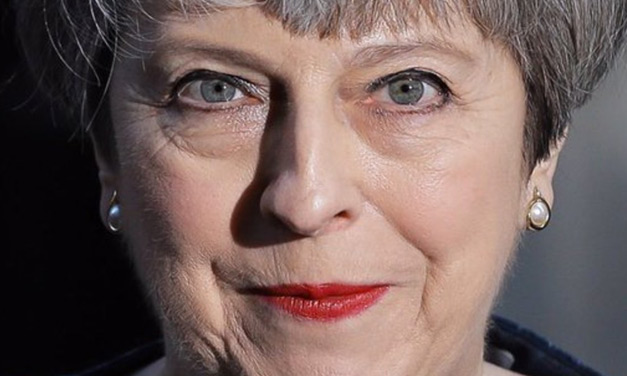 Theresa May has delivered the terms of her ‘deal’ on Brexit. It’s a contract of total capitulation, surrendering our British sovereignty to foreign rule without any possibly of ever braking free.

So bad were the terms, that rather than striking a ‘deal’, that seven MPs resigned in protest in a matter of hours branding it: “The worst deal in history!”

Now May faces a vote of no confidence from her own party.

It’s not difficult to see how we arrived at this point: Theresa May is a ‘globalist’ and always has been. She supported the ‘Remainers’ and voted against Brexit and leaving the EU.

Curiously, in the wake of disgraced Tory ex-PM David Cameron’s resignation, Theresa May took the highest political office in the country and took charge of brokering a deal with the EU for Britain’s exit.

As with the majority of her ilk in the political class, May signed up many years ago for a career in politics at a time when Globalism, as a political ideology and agenda, was still largely unchallenged.

In signing up to the globalist agenda and representing globalist interests, May could a secure pay cheque for years to come.

However, today a new ideology is on the rise and challenging Globalism – National Popularism.

So too was President Trump’s election.

The voting in of subsequent nationalist popularist governments in Poland, Czech Republic, Slovakia, Hungary, Italy, Austria and numerous others including Brazil are also sure signs.

Scores of high-profile globalists have lined up to speak out against the present surge in nationalism.

Globalist ex-Rothschild banker turned President of France, Emmanuel Macron, is among them as well as the scourge of Europe, Germany’s Chancellor Angela Merkel.

Most recently, globalist EU honcho Jean-Claude Junker, not revered for his articulation, also lamented the rise in nationalism when he labelled all patriots as “stupid popularists.”

In 2017, the BNP questioned whether Theresa May was in fact placed in the premiership to sabotage Brexit.

In light of the ‘divorce deal’ she’s attempting to push through with the EU, it’s now plainly evidence that her intention is to sell out Britain and hand our sovereignty to the EU Brussels elite.

Theresa May is a traitor of the highest order!

The fact that every member of Conservative Party is not up in arms and calling for her head is evidence that the Tories are in the act of betraying the British people.

The old political Establishment is faltering, but their clearly have no intention of going quietly.

Under building pressure, the old Establishment is becoming increasingly tyrannical and transparent which will, in the end, serve to hasten its collapse and bring about the rise of national popularism.

The BNP has been campaigning to bring about such a climate for decades, which is why the old Establishment has mercilessly attack, slandered and persecuted the BNP patriots at every turn.

With the rotten, old globalist Establishment on the back foot, we must seize the opportunity and press the advantage.

We need your help to step up the pressure and do just that to prevent the rotten old Establishment stealing our country from us and making us subject to foreign domination and rule.