What does it mean to be British?

There’s even greater confusion over this now than ever – and it’s quite deliberate.

The controlled media have taken the Olympics, and the achievements of unusually talented and charming immigrants, and used them to promote their extremist anti-national, anti-identity agenda.

So it’s a good time to draw a line in the sand and explain in simple terms that a nation is much more than a collection of individuals who just happen to live in the same place and have the same tune played if they win medals. 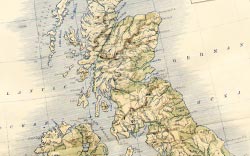 What is a nation?

The word ‘nation’ derives from the Latin for ‘to be born’, by which the Romans meant having roots in a common bloodline, rather than merely being born in the same place.

The members of a nation invariably also share the same language, history, values and culture – including traditions, and popular entertainment.

Often they have the same religion or attitude to religion.

These shared ancestral roots, experiences (good and bad) and aspirations combine to make the broad mass of people identify with the nation and with fellow members of it.

This sense of kinship brings the population together (especially at times of hardship) as a giant extended family, whose members understand they have a special right to help if they need it, and a duty to help other members of their nation who deserve it. 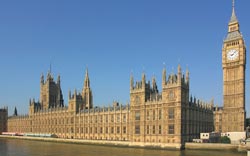 While the members of a nation often live under one government, the nation and the state are not the same thing.

Nations can be subjected to foreign rule for centuries but still retain their identity and thirst for their freedom.

The Nation is what really matters, a living thing whose present owes both a debt to its past heroes and sacred duties to its as yet unborn future generations.

The state is merely the form of government which the nation chooses, for the time being, as best for it and for its future survival.

In a healthy society without problems of external domination or an out-of -control elite, the form of government will reflect the traditions and the innate character of the people making up the nation.

The state and its personnel should serve the nation, not the other way around. 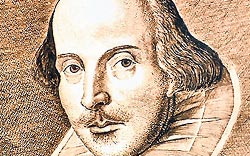 People create a culture, not the other way around

Shared culture is one of the most important building blocks of a strong nation, but it is not the only one.

Modern scientific research is now identifying the specific genes for certain kinds of behaviour – conformism and individuality, for example. 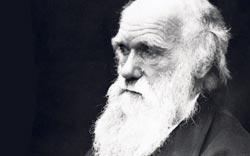 It shows that the proportions of such genes vary among different human populations.

This doesn’t mean that any one group is ‘better’ than another, it does means that human populations are different.

This rebuttal of old Marxist egalitarianism proves that culture springs from the inborn nature of the people. 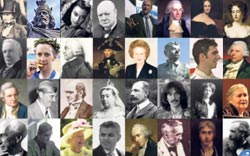 Put simply, when large numbers of Brits went to India, they didn’t become Indian, either in terms of ethnic identity or culture.

And if large numbers of Africans come to Britain, breathing English air or even being born in England can never make them or their descendants English. 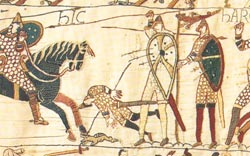 But aren’t we just a ‘nation of immigrants’?

Even if a nation is composed of the descendants of immigrants (the USA, for example), why should that mean that it should accept further mass immigration on a scale that brings poverty and social collapse to many of its communities?

In any case, it is not true in Britain. Again, the latest DNA science has buried the old leftist lies for good.

We now know that the vast majority of indigenous Brits can trace their ancestry directly back to the first post-Ice Age hunter-gatherer settlers of our lands – 17,000 years ago.

Further waves of genetically and culturally closely related tribes arrived in Neolithic times as farmers, and these were ‘topped up’ by further migration from mainland Europe, the Anglo-Saxons and Vikings, for example.

Tests on the 9,000-year-old remains of Cheddar Man found that the local village school-teacher was his direct descendant.

By comparison, the Maoris only reached New Zealand 700 years ago, yet no liberal would dare to sneer that they are “mere immigrants”.

Nationalists reject these double standards and insist that the British people are the indigenous, ‘first people’ of our islands and are entitled to recognition and respect as such. 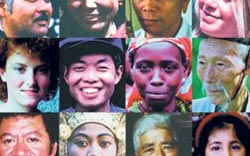 The liberal-left talk a lot about diversity, but the mass immigration policies and One World ‘ideas’ they promote are in fact destroying human diversity.

At present there are around 5,000 different national/linguistic/tribal groups in the world. This wonderful diversity is being wiped out so fast that scientists estimate that by the end of this century only 800 will survive.

This catastrophic wipe-out of human bio-diversity can only be stopped if the free peoples of the world reject the Marxist propaganda and capitalist greed that together both favour mass migration and the destruction of separate nations through integration.

All peoples have the right to control their geographical and cultural borders so as to preserve their identity.

And the individuals and regimes running their states must either help this process or lose all legitimacy. 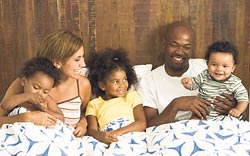 Is assimilation the answer

A nation can assimilate a limited number of immigrants.

The more different they are, and the larger their numbers, the harder this becomes.

At a certain point – which can only be recognised if the host population are free to express their concerns openly – immigration stops being about the rights of immigrants and becomes about the colonisation and dispossession of the indigenous community.

Even if integration is possible, it is only acceptable if the original inhabitants welcome it without brainwashing or coercion, and it should never be on such a scale as to fundamentally change the identity and core characteristics of the nation in question.

Genocide – the destruction of a people – does not have to involve mass murder.

Its evil can also be accomplished through propaganda and social conditioning designed to encourage different populations to mix.

Tyrannical regimes have done this for centuries, knowing that rootless and divided populations are easier to control and exploit than proud and homogeneous nations. 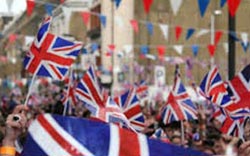 What’s so special about Britain and the British

First, we have the same rights to our land, and to self-government within it, as every other indigenous people on Earth.

Second, the genius of the closely related British family of nations who are indigenous to our islands has made an absolutely unique contribution to the development of human freedom, happiness and material comfort of the whole world.

The rule of law, free speech and parliamentary democracy, the Industrial Revolution, the computer age, some of the world’s finest literature, so many great sports – these and many other things are our special gifts to Mankind.

Why should a people who have achieved so much, and who still have so much to achieve, meekly accept their dispossession and destruction by an elite that has no democratic mandate for such drastic change?

The free peoples of Britain have never consented either to mass immigration or to the snuffing out of our right to self-determination in a federal Europe.

That is why our resistance to those evils is not only a matter of right, but of duty to our nation.

Our duty – and your duty – not only on behalf of those alive today, but for the British heroes of the past and for those yet to be born.