David Furness from the British National Party speaks about the London terror attack from an eerily quiet Westminster.

British people have been under threat for some time but now the terrorists are bringing their fight to the politician’s doorstep.

Over four hundred battle-hardened jihadists have been allowed back into Britain by the politicians.

So, the government has lost control of our borders, and now, we have just had another London terror attack.

In 2016, Sadiq Khan said: “Terror attacks are part and parcel of living in a big city”. 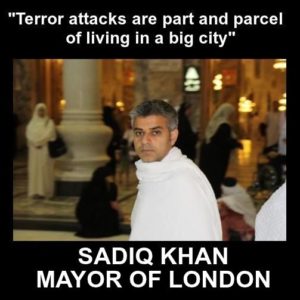 The BNP is implacably opposed to the Labour/Tory regimes’ Mass Immigration policy which, if left unchecked, will see Britain and most of Europe colonised by Islam within a few decades.

We recognise that Islam, by its very nature, is incompatible with modern secular Western democracy.

Let’s protect our identity and heritage because it is the cornerstone of our culture and freedom.