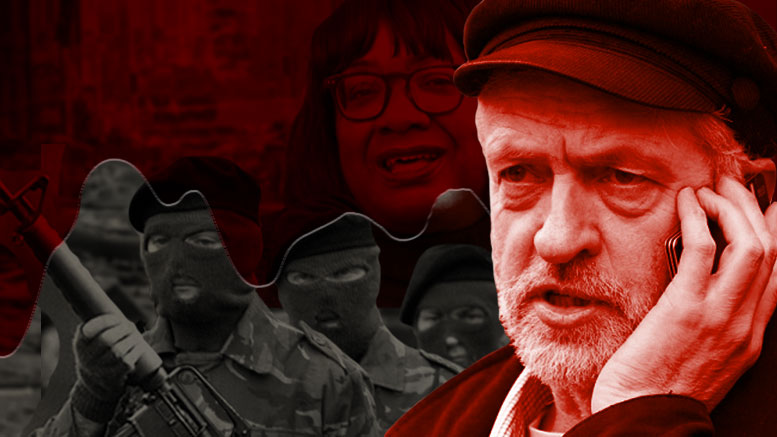 At the recent Labour Conference, Jeremy Corbyn laid out his plans to “radically change Britain” beyond all recognition.

Corbyn along with fellow anti-British, ex-lover, racist Diane Abbott, have formulated plans to tear down Britain’s borders and open our Country up to be flooded by the entire Third World, a move which would make the infamous Mass Immigration era of Blair era pale in comparison.

During the conference, one Labour MP received a standing ovation from the “comrades” assembled after she called on her “brothers and sisters” in the unions to bring about a workers’ strike to grind the country to a halt and force the government out in a militant-style, economic coup.

Corbyn’s Far-Left Labour Party are as vile, as serious and as ruthless as their tyrannical and murderous Leftist forbears.

More recently, Corbyn announced that children will be indoctrinated in the notion that the British Empire was “EVIL” and since it was their ancestors who built the Empire, White children must pay penance.

Corbyn’s Labour Party comprises of vicious, radical neo-Marxists who harbour no shame for the slaughter of tens of millions of citizens by their ideological forbears in the last century alone.

They’re preparing to do it all again – this time on our British shores.

The masses might like to rely on the official opposition to keep a Red Beast at bay, but with the weak, out-of-touch and deeply unpopular Theresa May in Number 10, the Tories are a major part of the problem.

That’s why it’s up to the BNP – the ONLY anti-Immigration political party in Britain – to put up everything we have into exposing the Labour Party for their programme of wholesale destruction of our beloved Britain and dispossess the British people of their native homeland.

With bookies slashing the odds on a snap-General Election sooner rather than later, we don’t have any time to waste!