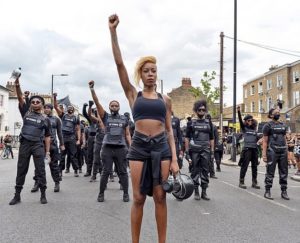 I am sure you have all seen the media frenzy declaring that black lives matter. It appears that if you are white your life doesn’t matter to the far left and these radical black extremists. We in the BNP declare that ALL lives matter. In recent weeks we have seen multiple statues ripped down by black lives matter activists who are hellbent on erasing our history, heritage and are punishing us for what they deem crimes from hundreds of years ago. What would their reaction be if an angry group of white people tore down the statue of the convicted terrorist Nelson Mandela?

Not only do they want to erase history but they want to disband the police force and close all prisons and replace the police with their own black militant armed patrols. In recent weeks we have seen these so called black militia illegally marching in the streets of Brighton and London, and what do our police do? Nothing at all!

The BNP are needed now more than ever, we are the only political party who are brave enough to stand up to these anti-white racists. Never has it ever been so important to join the BNP. Britain needs you and us to fight back and protect our heritage, culture and the safety of our children and future generations. 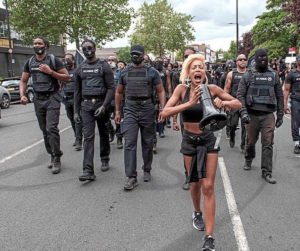