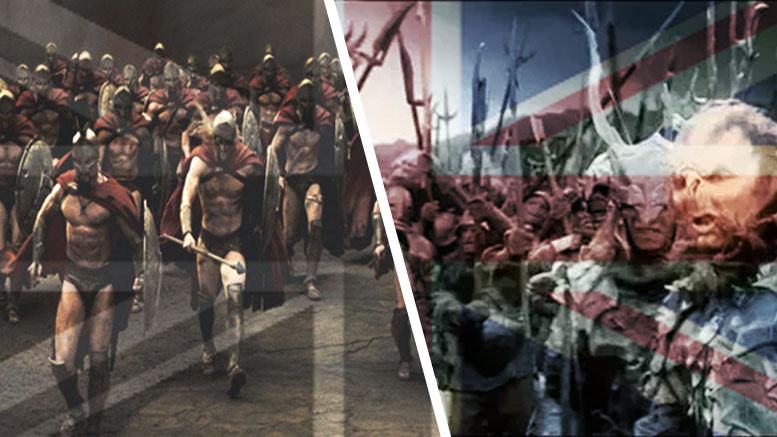 The British Army has bragged about leading the way in disuniting and ethnically dividing the British Armed Forces.

The lack of interest from non-indigenous Brits to serve in the armed forces of their adopted country has prompted Theresa May’s government to interfere be forcibly introducing racial discrimination action.

Defence Secretary Gavin Williamson announced that the Ministry of Defence (MoD) is committed to facilitating the politicians’ Population Replacement programme by denying the entry of white people into the Armed Forces in favour of what it calls BAME (Black, Asian, Minority and Ethnicities).

The BAME acronym is, of course, is a racist Politically Correct (PC) term designed to bundle together anyone and everyone who is described as being other than ‘white’.

“We are committed to delivering a more inclusive culture and a more diverse workforce at all levels,” beamed Mr Williamson satisfied that he’d included enough PC buzzwords to keep his paymasters happy.

Quite how Mr Williamson is interpreting the universally revered axioms of the Art of War, raises the question – just what side is he on?

“If [the enemy’s] forces are united, separate them,” said the ancient author of the manual Sun Tzu.

The MoD is now among a host of government institutions actively boasting of their collusion in the politician’s Population Replacement programme which acts to dispossess the indigenous British people of their native country and replace them in their ancestral homeland.

The BNP is the ONLY political party which believes that all indigenous peoples have the right to self-determination and to remain the majority in their native homeland, because it’s the right thing!

To succeed in our campaign to put the British people first in our native homeland, the BNP needs strength in numbers to heap pressure on the traitorous political class – that’s why we need your committed support.