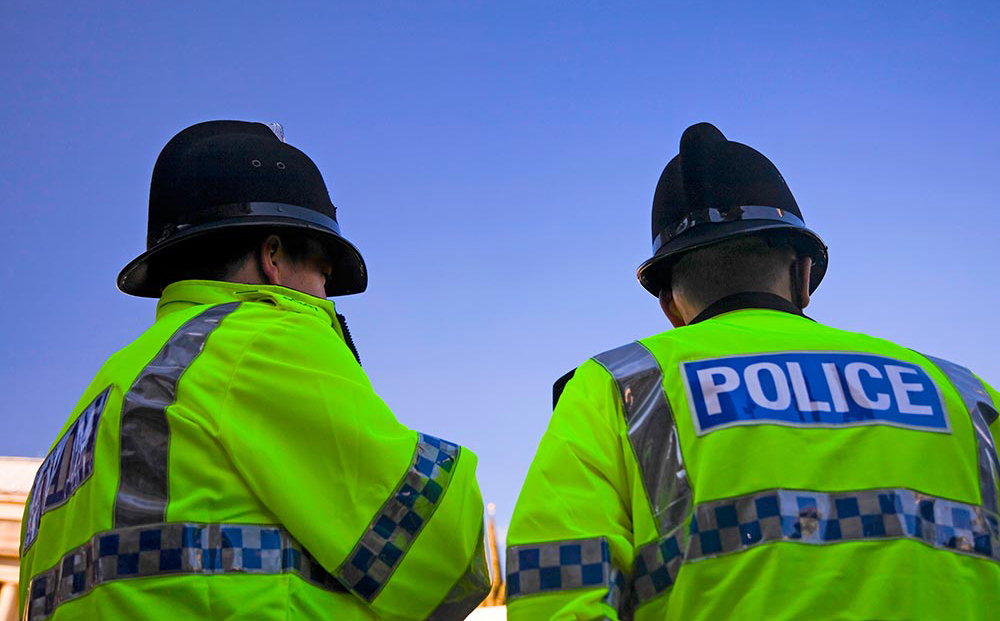 One of the key tests of a state is its ability to protect its citizens. It is vital that our people feel safe and secure.

Britain suffers from more than 27,000 crimes per day, or more than ten million crimes per year – the direct result of decades of softly-softly Politically Correct policing and a failed social engineering policy which has put the rights of yobs and criminals above that of victims.

According to the Office for National Statistics (ONS) British Crime Survey of 2008, 22 percent of people in Britain will be the victim of some crime during the course of a single year.

To combat this shocking state of affairs, the British National Party seeks a return to traditional standards of law enforcement, combined with social reform directed at addressing the root causes of criminal behaviour.

No one should have to fear that their property or person will be unlawfully interfered with. We must restore public confidence in our justice system.

At the same time, the BNP recognises that decades of social welfare dependence – encouraged by disastrous Labour and Tory policies – which is the primary cause of social delinquency, must be brought to an end.

Social reform is therefore also required. Workfare, not welfare, except to the neediest, should be the norm. Only in this way can the cycle of social deprivation, which is the primary cause of indigenous criminality, be broken.

To this end, the BNP will introduce a system of workfare for those in unemployment benefit for more than six months with compulsory work and training in return for decent payment.

The socialist building block housing concrete monstrosities which blight our urban areas and which are the breeding ground for delinquency and crime will be torn down and replaced with decent housing which encourages the stable family unit.

Non-indigenous crime – rapidly becoming a serious problem, as the knife and gun crime epidemic spreading throughout our major cities – will be dealt with in terms of BNP immigration and identity policy.

Overcrowding in prisons will be solved by the deportation of the tens of thousands of foreign criminals to serve their sentences abroad in their home countries. This act alone will free up to 70 percent of jail space in many prisons.

The BNP will also:

– Make joint custody of children the norm in divorce cases;

– Grant anonymity to those accused of crimes until they are convicted

– Make police concentrate on real criminals and serve the public, not the government’s political aspirations

The British National Party alone recognises that crime must be tackled on two levels: firstly by effective policing, and secondly by addressing the root social causes of crime, both indigenous and non-indigenous in origin.

Addressing these two issues will solve the crime problem.