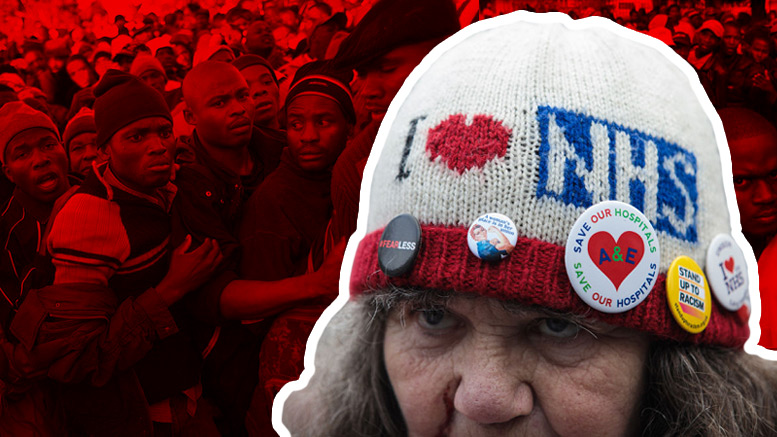 The political left has kicked up a storm in response to new NHS reforms to prevent ‘health tourism’.

New rules introduced last week to the NHS mean that proof of eligibility must be given by a patient to access non-emergency care.

One of the problems identified in the ongoing health tourism scandal is that 42% of doctors and 55% of nurses were neither aware that patients from abroad should prove their eligibility or pay for their health care.

According to estimates from a leading cancer specialist, Dr Meirion Thomas, the health tourism cost the British taxpayer crippling £2Billion a year, admitting to treating health tourists which he numbered as being 1 in every 20 patients.

“Most hospitals either have no or an inadequate number of properly trained overseas visitor officers, whose job it is to identify ineligible patients.

The NHS is funded and paid for entirely by the British taxpayer in order to provide a health service for the British people.

However, for decades now, Britain has earned herself a reputation as a soft-touch, and being hopelessly lax in protecting its public institutions has resulted in wide scale abuse from people pouring in from all over the world for free health care at the expense of the British people.

Earlier this month, Breitbart News revealed that just one hospital in Britain was £4.6 million out of pocket in one year after being taken advantage of by 900 health tourists.

The news outlet also reported earlier this month that:

“Agents in Nigeria have been offering pregnant women paid assistance to have their babies for free on the NHS, a hospital manager has claimed, prompting the London hospital she works for to begin asking pregnant women to show their passports before treatment.”

The new reforms have come under fire from left-blog and news site Huffpost in an article by Dr Loise Tomkow.

Apparently failing to factor in who was paying her wages, Tomkow stated that unlimited health care was a ‘human right’ though she declined to commit herself to providing the freeloaders her services for free.

Therein are the mind-boggling stupidity and hypocrisy in the leftist mindset.

Socialists are remarkably generous – with other people’s money – with their entire worldview being comprehensively summed up in a single statement: I’m breathing, therefore give me stuff.

Who has to pay?

Well, the ‘rich’ of course, the ‘rich’ evidently have a bottomless pit of money which must be taken by force a handed instead to the ‘victims’ which are incapable of building wealth any other way.

So the political left protests cuts to the NHS and wants more taxpayers’ money spent on it, but cares not where the taxpayer is to find this extra fortune; insisting too on sending £13+Billion a year in foreign aid to 20 of the most corrupt countries in the World because; while squandering £2Billion a year on health tourism.

In the words of a member of the audience on the BBC’s Question Time last week:

“The problem is socialism is that they eventually run out of other people’s money!”

The BNP recognises that socialism, in principle, can only work only within a homogenous society where everyone citizen has a vested interest in their future, national and ethnic ties, and shared vision of the future.

All are virtues of which the fractured and disharmonious societies of Multiculturalism are bereft.

These findings were confirmed in the research undertaken by Harvard Sociologist Robert Putnam in his 2007 paper, which predictably, found that is social ‘diversity’ was divisive; multi-ethnic communities lacked social cohesion and that people living there tended to view their neighbours with suspicion.

BNP will secure the Britain’s borders and end the Soft-Touch Britain culture to stop luring in those from around the World, who have never paid into the system and who want to abuse it.

BNP will stop sending foreign aid abroad until the 1.6Million children living in severe poverty in Britain can be provided for, pensioners are able to heat their homes in winter, and our NHS is fit for purpose – £13+Billion of British taxpayers’ money can go along way to fixing the problems we face here in Britain.