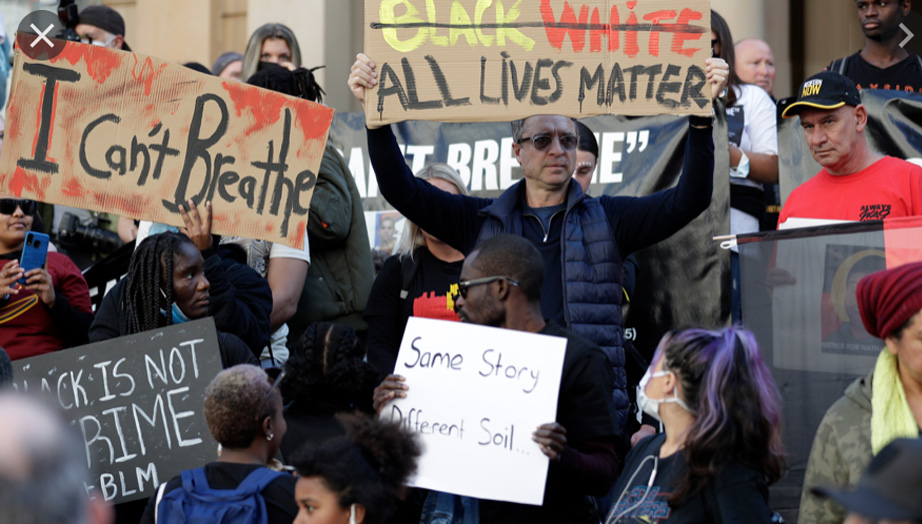 Naturally, the ‘woke’ brigade will declare this statement ‘evil’ in their eyes.

Why? Because ‘virtue signalling’ Leftists extremists and activists are bigots, hypocrites and racists.

These are the same criminally-minded people attempting to pass off widespread violence, hate, mass destruction and vandalism as ‘anti-racist’ action.

Their latest slogan was conceived to attract what Leftist leaders – in the famous words of Vladimir Lenin – term “useful idiots.”

White Leftwing racists have turned to the Black community and “Black Lives Matter” is their rally cry.

Imagine if a White man was killed by a Black police officer somewhere – let’s say the USA – and the White population began smashing up their own communities and others, tearing down statues, rioting, murdering police officers and their criminal rampage inspired like-minded youths around the world.

Imagine if a group of activists followed suit and campaigned on the streets with placards declaring “White Lives Matter.”

How do you think that would be received by the news media?

Would angry Whites be encouraged to amass, shoulder to shoulder, in large groups, totally ignoring the “social distancing” heath restrictions imposed on everyone by Left-leaning ‘health advisors’ such as the disgraced Professor Neil Furguson?

Would the police sit back while the ‘lockdown’ laws were broken?

Would the news media gush all over the campaign?

Would the BBC produce, within hours, programmes in support of the ‘White Lives Matter’, while ritually ‘book burning’ classic TV series and films for failing to meet race-standards?

No of course not. Why? Because White people have the wrong skin colour – a colour Leftwing extremists regard as evil!

What was infamously termed ‘positive racism’ is now widespread race-hate toward White people.

If you are White, the chances are that you will have experienced this discrimination are high.

Perhaps you were overlooked for a job for which you qualify in favour of a ‘diversity hire’ with none of the required skill set.

You are not allowed to flourish and prosper because you’re White. Never mind, that your White ancestors built the country and civilisation that all others around the world desperately want to be a part of.

The British National Party stands firm in condemning the racism and criminality of the political Left and its abuse of the Black community.

The BNP is the only political party in Britain which campaigns for the interests of the native Brits in their own homeland.

While cowards keep their mouths shut, the BNP speaks out.

Isn’t it time you joined others standing up for what is right?